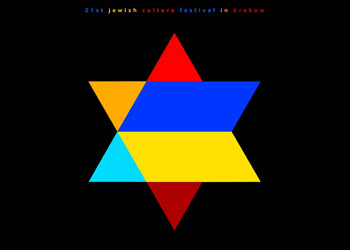 Most commentators put the number of Jews living in Krakow at just a few hundred today. Certainly, even the most liberal estimates come nowhere near a thousand.

This is for a city that, before World War II, counted a quarter of its population as Jewish. The reason for this dramatic decline is known to most. Krakow was the centre of the Nazi General Government during the war, and tens of thousands of Jews from the city and the surrounding Małopolska region were driven into ghettos, or expelled to perish at labour camps or to be murdered at death camps such as Auschwitz-Birkenau.

Such was the magnitude of the Holocaust that, for many foreigners visiting Krakow, it is the only association they make between Jews and the city. For a long time, it overshadowed everything else that the Jewish population here did and continues to do. But over the past 20-or-so years a gradual reassessment of that picture has begun. Krakow has become a destination for weekenders, culture vultures and (like it or not) stag and hen parties – and not all of them visit Auschwitz any more. The city, which only narrowly escaped the complete obliteration suffered by Warsaw as World War II drew to a close, is now Poland’s party central.

And this has a lot to do with what was once Krakow’s Jewish quarter, Kazimierz, home to bars with reputations that far exceed their floor space, and that are, every year, the destination for upwards of 20,000 people during the annual Jewish Culture Festival.

In the 21 years since the inaugural festival, Kazimierz has blossomed visibly, from a dingy, low-rent, crumbling district on the southern edge of the city, into a fashionably dimly-lit, and slightly less crumbling cultural quarter that seems to attract every tourist who arrives in Krakow year round.

Since Kazimierz and the Jewish Culture Festival have grown hand-in-hand, there’s been a growing interest in Jewish culture associated with the area. Jonathan Ornstein, director of the Jewish Community Centre (JCC) on the corner of ul. Miodowa, said the Jewish community in Kazimierz is becoming more and more visible, with young people in particular showing an increasing interest in their Jewish roots.

The community centre has become something of a focal point for the new generation, who are once or twice removed from direct personal experience of the horrors World War II in Krakow. It is also one of the festival’s partners, and will host many events as the festival gets underway in the last week of June. It is just one venue – it’s hardly possible to walk down a street in Kazimierz during the celebrations without coming across a workshop, concert or lecture – but it is undeniably one of the cornerstones.

A walk around the facilities at the community centre gives some indication of why it is so important at this time of year: It is a new, modern building, catering for a range of interests and welcomes young and old alike. It’s not a place that welcomes only Jews, or offers only information and activities related to Jewish culture and religion. It is a place, whatever your background, when you can learn not just Hebrew, but also belly-dancing.

Quite aside from the fact that the centre attracts around 3,000 ‘interested outsiders’ every month (and expects at least 15,000 during the festival), the picture is of a place that is sensitive to the past, rooted firmly in the present and looking positively and hopefully to the future. The message that the community centre gives out, is that Jewish Krakow is not just about the ghosts of the past.

Mr Ornstein, himself a Hebrew teacher, said: “This is the biggest festival of the year, and we are as connected to the festival as we can be.”

“The interesting thing is that it allows people to express the view that Jewish culture is a great thing, and to say that Jews themselves now feel secure enough to express that, in a place with a very difficult history. That’s what’s important to us.”

There is no doubt that the festival can be seen as nothing but a triumph for those who sought to show that it was possible to be both Jewish and Polish at once – a point that Mr Ornstein said was at the heart of the community centre’s philosophy, particularly regarding the number of young people who have Jewish ancestors but who have never considered themselves Jewish.

Back in 1988, the organisers of the first Jewish Culture Festival found themselves staring down a dying but, nonetheless, unsympathetic Communist regime. The authorities blinked first, the festival went ahead, and a new tradition was born. It has been growing ever since, and the preliminary programme, yet to be confirmed, lists around 200 events over ten days. As ever, there will be a mix of art, craft, history, performance, literature, music and academic features on the programme. They range from the provocative (see ‘More Rabbis Than Jews?’ when Polish Rabbis will discuss their work at a meeting organised by the JCC on July 1) to the curious (a workshop with American Arie Kaplan, called ‘How to Lay Out a Comic Book,’ on June 27, and ‘Bagles and Bongos: the Jewish Latin Wave,’ a lecture by Roger Bennett, David Katznelson and Josh Kuhn, on June 29).

In between are more sedate sessions, such as paper-cutting and Yiddish singing, film screenings, special events for children, concerts in a variety of styles (not all of them klezmer), guided tours of the sites and synagogues of Krakow, and more. Performers, guest speakers, guides and experts from around the world will be in Kazimierz for the duration of the festival, making this a truly global event. And the finale (so called, though it is actually on the penultimate day) will be the massive, free open-air concert known as Shalom on Szeroka, which will be broadcast by Polish TV around the country.

There will be plenty of opportunity too to try traditional Jewish dishes – either virtually, via a visual tour of Israel’s food bazaars, or literally, as every Jewish restaurant and café in Kazimierz and Krakow go into overdrive to cater for hungry visitors. Kosher food, which is not, as is sometimes believed, a cooking style, but refers to food prepared according to Jewish tradition, is available, but at a surprisingly small number of places (try the Olive Tree at ul. Kupa 6).

On the subject of food, don’t confuse the Krakow obwarzanek – a ring of bread that can legally only be made in Krakow – with bagels. Real bagels, despite their similarity in shape to obwarzanki, are available at some pretty obvious spots in Kazimierz and Krakow – most notably at those places with the word ‘bagel’ in the name.

One minor setback for the festival this year, of particular importance to anyone paying a return visit, is that new rules mean it is no longer possible to buy tickets for concerts, workshops, tours and movie screenings directly from festival volunteers before an event. Instead, tickets should be bought online, or from the festival box office, or one hour before the event at the entrance to some concert venues. Not that this is likely to dampen anyone’s enthusiasm. For ten days in June, Kazimierz is going to be thronging with festival-goers celebrating the culture of a people who sought refuge there more than 500 years ago and settled in a tiny town on the bank of the Wisła river.

Now, if somebody could just do something about the tasteless wooden rabbis on sale at every gift and souvenir shop in
Kazimierz…