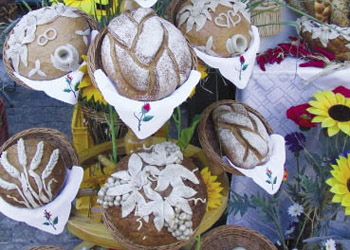 We’re heading into festival season and you might be forgiven for wanting to plan ahead so you don’t miss anything interesting. But, as ever in Krakow, it’s not that easy.

For some strange reason we seem to excel at pop-up food and wine festivals – they appear overnight and without warning, like mushrooms. Blink and they’re gone. To give you an example: at the end of May, a wine festival suddenly appeared on the Mały Rynek. Winemakers from Hungary, Austria, Moravia, the Czech Republic and Slovenia set up their wares, together with cheese makers and other food producers, to bring a bit of Magyar culture to Krakow. It looks interesting and it will be worth exploring, but until I walked across the Mały Rynek by chance on my way home, I had no idea it was happening.

I’m not complaining – coming across something unexpected is part of the charm of living here – but I can’t help wondering whether a bit of co-ordinated marketing for these fairs would help attract a far larger crowd and provide more value for producers who often travel a long way and invest hard cash in renting their stalls.

Looking at the local government websites doesn’t really help. They only publish official events (with a list of who’s going to be there) and our main public spaces don’t have their own calendars for what’s happening on any given day. This seems like a wasted opportunity to me, so I wanted to use this month’s column to give you a few ideas about what might be worth catching over the next few weeks.

First off is the Bread Festival, which will take in Plac Wolnica in Kazimierz over the weekend of June 11–12. This is one of Krakow’s most popular food events, so make sure you get there early to try the best selection of breads, cakes, honey, charcuterie, cheese, eggs and juices. The Bread Festival is part of the Małopolska Taste Festival – a region-wide competition to find the best producers in the region – and similar events will be held in Oświęcim, Tarnów, Wadowice, Nowy Sącz, Nowy Targ and Miechów over the coming months. The final will be held on Plac Wolnica in late August, so you’ll get a second chance if you miss this one.

Towards the end of the month there’s the Jewish Culture Festival, which takes over Kazimierz between June 24 and July 3. They’ll be running a series of lectures about Jewish food and cooking, so check out the Festival’s website for more details. With the opening of Krakow’s first exclusively kosher restaurant in May (the Olive Garden on ul. Kupa), we can hope that this part of the programme will expand.

Further afield, it might be worth checking out the organic produce fair being organised by the Odrolnika.pl farmers on June 5 – I wrote about them in last month’s column. They’ll be getting together in Rzuchowa, near Tarnów, so you’ll get a chance to meet them in person and maybe see how your vegetables are doing (www.jarmarkdworski.pl).

Even further afield is one of the most interesting Polish food festivals, the Festiwal Smaku (Taste Festival), which takes place on August 20–21 in Gruczno, a small, picturesque village near Toruń and Bydgoszcz. Festiwal Smaku has been going for a few years and is now attracting scores of small scale, artisan food producers from all over the country as well as thousands of visitors for a weekend of tasting, demonstrations and workshops.