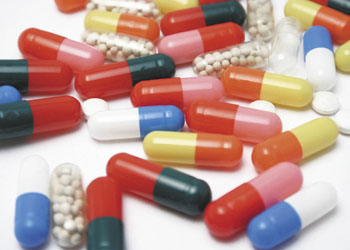 Drug workers in Krakow have welcomed national moves towards a liberalisation of laws on possession, but warned that the government needed to clarify the new position and make further amendments to the law.

The Polish parliament voted to allow public prosecutors to waive charges against anyone caught in possession of some banned substances, such as cannabis, as long as it was a first arrest, and it was a “small amount” for personal use. But the amendment also provided for tougher sentences for drug dealers.

However, the amendment passed last month did not specify exactly how much constituted a “small amount.” In all, 258 MPs voted in favour, 159 against, and 6 abstained. Most who voted against were members of the opposition party Law and Justice (PiS). However, until the new amendment takes effect, which is expected to be six months from now, Poland’s drug policy will remain one of the toughest in Europe. Possession of even a small amount of drugs can result in a three year prison sentence.

Dr Mateusz Klinowski, Chair of Legal Theory at the Jagiellonian University’s Department of Law and Administration, said the amendment, on paper, “seems quite modest, and even marginal.”

Dr Klinowski added that, although prosecutors now had a duty to collect information about those detained with drugs, the police could continue to make arrests for possession at any level.

He said: “Though the amendment doesn’t seem to be a major breakthrough, at least it creates hope of future reforms. The first step has been taken and now it is public opinion and non-governmental organisations which have to advocate rational solutions and efficient law that will be aimed primarily at prevention and treatment, rather than at penalising possession.”

Reporting on the amendment, the International Drug Policy Consortium, which aims to promote open, balanced and reasoned debate about drug use, said: “While this is only a small change, it is nevertheless a step in the right direction.”

Krzysztof Kwiatkowski, Justice Minister, said it was still an offence to possess any kind of banned drug. But, he confirmed, the amendment meant prosecutors must now investigate each individual case to determine the level of drug use of the detainee, their past record, and the possibility of treatment programmes in lieu of punishment.

Mr Kwiatkowski told the Polish press: “We have increased the criminal responsibility for those who sell death, in order to provide for more effective prosecution. Police should concentrate on the pursuit of drug dealers and not drug addicts. We should focus on providing treatment for such people.”

The government is also cracking down on the use of ‘smart drugs’ or ‘legal highs’ (‘dopalacze’ in Polish). These are substances that are not banned but are used by some as recreational drugs – despite often being formulated for use on animals and plants and therefore potentially fatal. There have been 40 deaths attributed to the use of smart drugs, but Health Minister Ewa Kopacz said there had been no fatalities since last October. Many shops selling smart drugs have been closed down, although some have transferred their business to the Internet. The forced closures have been backed by an educational campaign aimed at young people.

Grzegorz Wodowski, of MONAR in Krakow, part of a national drug support and rehabilitation organisation, advocates a practical and humanitarian approach to drug use – rather than punitive measures across the board.

Mr Wodowski said that while the amendment (article 62.a) allowed public prosecutors to stop an investigation, two key questions remained.

The first was the definition of a “small amount” of drugs and whether police would recognise this uniformly. The second, said Mr Wodowski, was whether article 62.a would work in practice, or whether it would be a ‘dead article.’

Mr Wodowski said: “Similar drug laws work in Germany, but there are different rules in the German justice system. For instance, when the system there doesn’t have to punish someone, then usually it doesn’t do so. It is the other way around here. At the end of the day, you can say that the new law is based on hope. Big hope.”