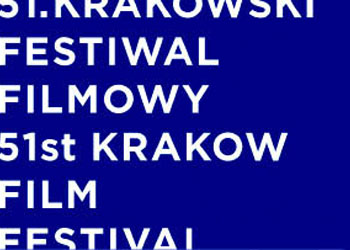 Last month it was the Off Plus Cinema Festival in Krakow. But if you are one of the thousands of movie buffs who thought that event was a little frame of heaven, just wait until you see the director’s cut – The 51st Krakow International Film Festival, set to take over the city from 23 May.

The festival is, essentially, a competition. Three juries consisting of artists, film-makers and critics will judge around 100 movies in various categories. The shortlist for each had to be whittled down from more than 2,700 entries, and there’s little wonder – a win in Krakow brings with it not just international recognition but also some pretty impressive financial rewards. The overall prize fund this year is worth something in the region of 200,000 złoty.

But there is much more to it than laurels, statues and a fistful of cash. Krakow’s international festival brings together the whole thoughtful, sad, funny, gritty, and downright weird gamut of human life from around the globe, in both fictional and documentary form, animated and live action.

Where else is it possible to find Anthony Hopkins in a short comedy thriller about a sham guru, or a fish-faced man capable of bringing disaster to strangers; there are a couple of regrettable sex changes, a musical tragedy set down a mine and the true story of the hangman who executed the Nazi war criminal Adolf Eichmann too. These are interspersed with a movie about life in the virtual world and another about the dangers of trashy paperback romances, among many others.

Wawel Castle, inside and out, will be the venue for a series of screenings of movies about music – including the documentary Klezmatics: On Holy Ground, about internationally-renowned klezmer band that often plays Krakow, particularly at the annual festival of Jewish Culture. This series is also where you can discover the Corsican connection to the UK rock band The Police. The 30th anniversary of the death of Wojciech Wiszniewski, a winner at Krakow in 1981, will be marked by a retrospective of his films, while personal tales will be told in the ‘Somewhere in Europe’ programme.

The full programme is available at the festival website (www.kff.com.pl)

Here be dragons – and a premiere

Piotr Kamler will join the pantheon of film-makers to have received the Dragon of Dragons award at a ceremony on 24 May at Kino Kijow.

The award has been presented to the most outstanding directors at the Krakow Film Festival since 1998. Kamler joins greats such as Werner Herzog and Jonas Mekas who are previous winners.

He was born in 1936 and studied in Warsaw, making his debut at the age of 20 with his animation Miasto (The City). It was to be his stepping stone to success, as the film helped him win a scholarship to Paris where he met the fellow film-makers who would co-operate with him on future animations.

Such was the astonishing detail of his only feature-length animation, Chronopolis, that critics suggested he must have been aided by computers. He refutes any such suggestion, and the consistent quality of his work – let alone the fact that the film was made in 1982 – seem to be the last word on the matter.

Kamler is also a three-time winner of the Silver Dragon award at Krakow, not to mention awards at other international festivals.

It’s not just Kamler who will be honoured at this year’s festival. It will also feature the latest work from Wojciech Staroń, a film called Argentinian Lesson, which will premiere as part of the International Documentary Film Competition. It follows his earlier documentary, Siberian Lesson, which follows the director’s wife during her day-to-day life as a teacher of Polish to the children of immigrants. Argentinian Lesson, focuses on Janek and his daughter Marcia, who are both undergoing life-changing experiences.