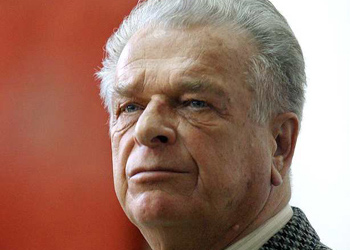 General Czesław Kiszczak was acquitted on 26 April 2011 by a Warsaw district court of charges relating to the brutal ‘pacification’ of the Wujek coal mine, where nine striking miners were killed on 16 December 1981 during Poland’s period of martial law.

According to the prosecution, Kiszczak sent a coded telegram to the Katowice Zmotoryzowane Odwody Milicji Obywatelskiej (ZOMO) (Motorized Reserves of the Citizens’ Militia) – a unit of the notorious anti-riot militia – with authorization for the use of firearms in the operation to dislodge strikers from the Zofiówka and Wujek mines.

This is the fourth trial since 1992 for Kiszczak, who served as Minister of Internal Affairs from 1981 to 1990. The 85-year-old is regarded as the right-hand-man of then prime minister General Wojciech Jaruzelski, who imposed martial law in the country in December 1981.

The invalidation of the last sentence caused by the expiration of prescriptive period was rejected by the second instance court. He was therefore required to appear again in court and allowed to testify no more than two hours per day, while seated, due to his poor health.

As with Jaruzelski, who took full responsibility for instigating martial law, Kiszczak has recently been able to delay and avoid several court appearances by citing poor health.

The defense stressed that the clearance to open fire was not the result of a personal decision, saying that Kiszczak was simply enforcing anti-riot regulations established by Jaruzelski’s government.

In April 2009, 13 members of the Katowice Zomo involved in the shooting received prison sentences of between three and six year before the Supreme Court of Poland. The records of their trials were used in the case against Kiszczak.

Romuald Cieślak, the platoon leader who initiated the Wujek bloodshed by being the first to fire on the protesters, stated that he only became acquainted with Kiszczak’s controversial wire at the beginning of the 1990s after the Wujek trials had already begun. Cieślak received a six-year prison sentence.

According to Kazimierz Wilczyński, the officer in charge of the Katowice ZOMO unit, the former Minister of Internal Affairs didn’t green-light the use of firearms and ordered the platoon to pull out of the coal mine subsequent to the shootings.

In 2008 Kiszcak publicly unveiled some details about the “Przesuwanie zrodel” (literally “the shifting of the sources”) practice followed by the former internal intelligence SB subsequently dissolved in 1989 after the fall of the Communism.

This method of falsification particularly common during the martial law consisted in manipulating the source of the wiretap records shifting thus their paternity in accordance with the SB internal requirements.

“The history already proved that miners were right, but still its rightness doesn’t coincide with the reasons of the law,” said the retired general commenting the decision of the court.