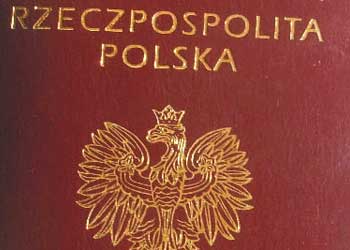 In most cases, where you are coming from determines who you are going to become in Poland. Polish legislation is no less-immigrant friendly than that in the rest of the EU, but levels of state responsibility still fall short.

For a few weeks in March all of Poland was captivated by the story of the Mongolian Batdavaa family who, after 11 years of assimilated life in Krakow, were detained as illegal immigrants and threatened with deportation. After appeals from journalists and family friends the Batdavaas have been granted a tolerated residence permit and are currently waiting for citizenship. “If it hadn’t been for media intervention, they would definitely have been deported,” says Katarzyna Przybysławska, president of the Halina Niec Legal Aid Center in Krakow that helped the Mongolians.

Nobody knows the exact number of immigrants in Poland, the only certainty is that there are more of them all the time and that government statistics are five times lower than those given by independent sources. In contemporary Polish history there have been two amnesties for illegal immigrants, one in 2003 and another in 2007, though their beneficiaries were less numerous than expected. According to official data there were 7,073 legal immigrants in Poland in mid 2010, 20–30% of them with no independent accommodation, mostly in Warsaw. The most common countries of origin are Chechnya, Ingushetia, Dagestan, Georgia, Armenia, Nigeria, Belarus and Vietnam. Other nationalities are scarce. Some treat Poland as a gate to the EU, and are smuggled here in appalling circumstances. Others come as exchange students and make Poland their new home after they finish their studies, often through marriage.

According to experts, Polish immigrant law is no harsher than regulations in other EU countries but, in reality, the living standards of immigrants depend on the amount of money they bring with them. Western citizens are often treated as guests, but those from the developing world are seen as a necessary evil. “If you have enough money, you can hire all the assistance you need to get through registration procedures. But since even basic legal aid is not financed by the state, not to mention translation services or psychological assistance, less wealthy persons are automatically discriminated against. The system should be fair for everyone,” says Przybysławska. She and her colleagues have been waiting three years for the government to implement an EU directive on legal aid for the economically underprivileged, but the Polish bill is still waiting to be voted on.

Complicated legal procedures further hamper immigrants to Poland, as does the lack of good legal information. Most problems are caused by language and cultural misunderstanding – especially language problems. Discrimination against foreigners is a fact, but its scale is unquantified. “Generally speaking, the Polish attitude is a mix of compassion for the needy with resentment at receiving little help from social services for themselves,” says Przybysławska. So far in 2010 three discrimination complaints have been submitted to the ombudsman’s office, but none of them have been upheld. Surveys show that among the problems faced by immigrants are: dismissive attitudes from medical professionals, difficulties with finding a job, a heightened risk of becoming a victim of crime or of cases of physical and verbal assault. Also, public schools do not provide cultural assistance to help immigrant children overcome cultural and language barriers.

Applying for refugee status is a 6–8 month procedure that could do with improvement. A potential refugee’s need for political asylum is first verified at the border. In some cases newspaper articles or cell phone videos are offered as evidence that a person deserves refugee status, especially if the applicant is from a country where violence is widespread, but these are very difficult to verify. “Sometimes whether or not a foreigner is qualified for entrance into Poland depends on a subjective judgment made by a border guard. If this official finds a foreigner’s reasoning insufficient, or recognizes that an individual has been to Poland several times before to work, they will not let them in. In some unclear situations officers explain that they denied entrance because a foreigner did not declare a desire for political asylum during interrogation. We are not able to verify whether this is true or not, so this procedure needs some legislative changes. Fortunately border guards are having more and more training in spotting the differences between political refugees, human trafficking victims and fraudulent claimants, as well as in delicate matters of cultural difference,” says Przybysławska.

Immigrants waiting for legalisation decisions receive from 25 złoty per day (ca. 6 euro) for one person to 12.5 złoty (ca. 3 euro) per day per person for a family of four or more. Some live in dedicated immigration centres, others in the community. They are not allowed to work. The majority take part in the Individual Integration Program, which includes Polish lessons and consultations with a labour market specialist. Experts agree, however, that the program is ineffective and too short. “When they’re done, foreigners still can’t use Polish and feel lost in the reality of Poland. Moreover long delays can discourage them from striving for further improvement. As a result home, violence and psychological problems are common in refugee centres,” says Przybysławska pointing out that living in the community rather than in closed centres while waiting for legal decisions helps immigrants to assimilate rather than consolidating an immigrant mentality and dependence on social services. “Unfortunately we are still waiting for suitable changes in regulations, hopefully they will happen soon,” she concludes.