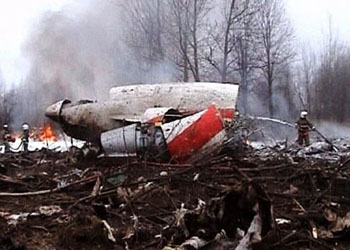 A BBC World radio documentary to be broadcast 16 April (at 14:05) examines the state of Polish society one year on from the air crash that killed Polish president Lech Kaczyński and 95 others.

Titled After the Crash the programme, which is the first of two parts, will focus this week on the reactions of the people of Krakow to the disaster and its aftermath.

Presenter Adam Zamoyski recorded interviews with people from all levels of Polish society during a visit to Krakow in February.

The second part, to be broadcast on 23 April, will concentrate on the experience of Varsovians.

“In the first programme, Adam visits Krakow and speaks to those who suffered personal loss, as well as citizens who were united in the spontaneous national grief that followed the crash.

Adam also questions, how does a country recover politically, bureaucratically and mentally from such a debilitating blow and what did the citizen’s reactions reveal about the Polish attitude towards its own history?”

You can listen to the programme online at the BBC World Service website.