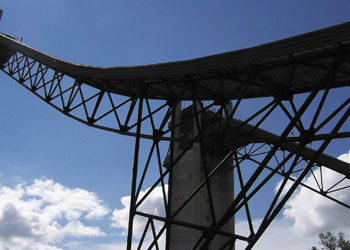 Once the most prominent Polish athlete, Adam Henryk Małysz has drawn his distinguished career in the unique discipline of ski jumping to a dignified close as the 2010–11 season comes to an end. With a career that spanned 16 seasons of top-flight competition, the slight, soft-spoken native of upper Silesia will leave behind a tremedous legacy in the sport, with four World Cups (including an unprecedented three in a row from 2001–03), four individual World Championships (all-time records) and four individual Olympic medals. He also won a stunning 39 competitions and 92 podiums in total, an achievement only exceeded by former Finnish great Matti Nykänen.

It is not only his excellence in the air that brought Małysz his justly deserved fame in his home country. His exceptional humility, generosity and exemplary sportsmanship put him in stark contrast to other public figures of his era. Those qualities, in combination with his dedication to his fans, made this soft-spoken, diminutive, moustachioed Pole a public hero in Poland during the deeply discouraging years just after the turn of the twenty-first century.

With his last major achievement coming in the form of a double–silver performance in the 2010 Winter Olympics, Małysz’s loyal fans have anything but forgotten him. A crowd of 60,000 Poles, including President Bronisław Komorowski, turned up to see his final event, and tribute moustaches have broken out across the country, including thousands pasted onto facebook profile photos through a special tribute application.

Małysz hopes to continue his career as a trainer and possibly as an Olympic ambassador.