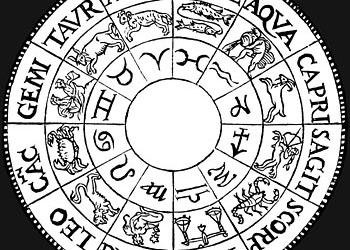 According to a recent survey, sixty four percent of Poles believe in miracles – a slightly surprising statistic given Poland’s recent history, but an impressive vote for irrepressible optimism. Perhaps they were thinking of miracles for other people rather than themselves.

Intriguingly, the same survey says that seventy percent believe in the efficacy of asking a higher power to cure their own ailments, but only sixty one percent believe it works if they ask for someone else to be cured. The report doesn’t made clear whether this is because they think higher powers prefer selfish requests for intervention or because requests on behalf of others tend to lack the necessary conviction.

The next four weeks are going to be an emotional rollercoaster for Poland, a time when miracles may be asked for and received. On the 10th it will be one year since the Smolensk disaster – a wound that the nation has become wary of picking at. Just 21 days later, on 1 May, Poland’s beloved John Paul II will be beatified at a ceremony in Rome – the penultimate step in the recognition of sainthood. It’s hard to think of two symbols more potent than Smolensk and John Paul II in the country’s recent history. Something of a psychic storm is sure to ensue. The build-up to a potentially bitter parliamentary election campaign later this year starts here.

I was just about to write: “if countries had astrological charts…” when it occurred to me that they probably do and that these are certainly on the Internet somewhere. I was right.

It’s relatively easy to find astrological predictions for infamous countries such as the UK (“Britain will see its decline and their society destroyed by over-indulgence in sex, drugs, money, alcohol, immorality and gambling,” shrieks one, ungrammatically) or Russia (“Russia will face freezing temperatures and accidental fire incidents,” ventures a sage), but not for Poland. The best I could come up with is that the Polish Third Republic is a Virgo (fiercely independent to the point of selfishness, straight talking to the point of rudeness, very long memory etc.). What can that tell us?

Turning to our uncanny Astro Seltzer section on page 8, I read the following entry for Virgo: “Face it: you’re your own worst critic. This month, you’ll be asked to exploit your impressive talents in a completely positive fashion. You, of course, are certain that there must be something dodgy about the whole affair. You must convince yourself otherwise! People probably like you more than you like yourself.” Poland convinced there must be something dodgy going on? It’s own worst critic? I always said there was nothing to this star sign business.