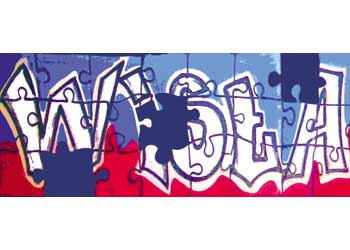 At about 10 am on Monday, 17 January, 30-year-old Tomasz C. left the gated community in which he lived and drove through the narrow streets of Krakow’s Kurdwanów neighbourhood. Without warning, a Jeep rammed into the back of his silver Audi A4 station wagon. A few minutes later Tomasz was dead — beaten and hacked by a gang of over a dozen masked men with baseball bats and machetes.

As news of the killing spread through the city, it was not only the brutal nature of the attack that alarmed residents, but the identity of the victim as well. The deceased was widely known by his pseudonym ‘Człowiek,’ which translates as ‘human being’ or ‘person,’ and is believed to have been the second-in-command of a violent hooligan group of Cracovia Sports Club ‘fans,’ known as the ‘Jude Gang.’ Suspicion fell immediately and naturally on a second hooligan group, supporters of Cracovia’s rival club, Sports Association Wisła Kraków. Deadly clashes between the groups are nothing new.

The killing appears to be yet another in a string of attacks stretching back years. In September 2003, 23-year-old Filip H. was accosted by a group of men near his home, who asked him “Who are you for?” Although not interested in football, Filip replied “Wisła.” The attackers, Cracovia supporters, stabbed him to death.

In October 2004 a 17-year-old Wisła firm member nicknamed ‘Fujin’ was killed in a revenge attack after a knife fight left a Cracovia supporter injured. In 2005 a group of Wisła supporters killed a young Pole who had come to the city from Germany to visit his father, and who supported neither club.

On 12 March, 2006, following the Wisła-Cracovia Derby match, a group of Cracovia supporters lost one of their flags in a fight against Wisła fans, and subsequently sought out and stabbed 21-year-old Marcin K. on Rynek Dębnicki, puncturing a kidney, a lung, and his aorta. The young Wisła supporter later died of his injuries.

On 9 January 2008, Wisła supporter Łukasz W. was pulled from his car, where he was sitting with friends in front of his home, and killed by a blow to the head with an axe.

Cracovia and Wisła Kraków are two of Poland’s oldest football clubs, founded within a few months of one another in 1906. Their rivalry, known locally as the ‘Holy War,’ persisted through World War II, the long years of Communist repression and the bleak economic struggles of the early post-Communist period. It was during the latter troubled years, after the breakthrough political reforms of 1989, that the gangs ballooned in size.

Over a hundred such organizations exist in Poland. As football-related violence grew increasingly severe at the turn of the millennium, the Polish Football Federation resorted to closing stadiums to the public during matches to prevent violent confrontations. Hooligans changed the venues for their fights to secret locations in parks. Groups meet under pre-arranged conditions, with the number of participants and even allowable weaponry determined in advance. The fights are organized through websites that are careful to protect the identities of their owners. Szalikowscy.com, for example, is hosted on a server in California, but registered to a privacy-advocacy company in Luxembourg.

In response to the murder of ‘Człowiek,’ debate broke out in the Polish press over whether to legalize the unofficial “fighting league” in order to contain football-related violence. According to a prominent hooligan website, in 2010 the accords and negotiations that make the arranged fights possible led to the announcement of a nationwide ban on weapons during these ‘tournaments.’ The supporters of the two major Krakow clubs, however, have refused to honour the agreement.

Club or gang – a blurred line

Early in their inquiry into last month’s murder, Małopolska police arrested and held five men for questioning, all of whom were later released. Despite reports that the Wisła firm’s notorious leader ‘Miszek’ was among them, police announced that the killing may not have been related to ‘Człowiek’s’ club affiliation since drugs were discovered in his car. Four days later, Krakow Mayor Jacek Majchrowski joined with police spokesmen and members of the recognized, non-violent fan clubs of both teams to announce that the murder was related to organized crime and drug trafficking, and not to football or football supporters.

Perspectives on the plausibility of the official version vary greatly depending on club sympathies. Sources close to the Cracovia firm told the Krakow Post that after weighing the matter they came to the conclusion that it could only have been Wisła supporters behind the attack. Wisła supporters unaffiliated with the fighting gang were less convinced. Equally divided were views on whether Tomasz C. was still involved in the gang. According to friends, he was a decent husband and father who, when his first child was born, turned away from his criminal past. He ran a kickboxing school and worked as a personal trainer. Others claimed that his work was simply a flimsy cover for his role as a recruiter for the Cracovia hooligan group, which in turn functioned as an instrument for drug distribution and other crimes.

Adam Rapacki, of the Ministry of the Interior and Administration, which oversees law enforcement, pointed to the blurred line between organized crime and the fighting clubs. He said: “We are observing a growing phenomena of the use of the hooligan firms by organised crime groups. Participating in the organized fights associated with the clubs is seen as a kind of baptism of fire before being accepted into the ranks of criminal groups involved in activities such as drug distribution, human trafficking and robberies.”

The response to the attack, on the part of club officials, was one of horror and outrage. A Wisła supporter told the Krakow Post: “I wish they would lock up [Wisła hooligan leader] ‘Misiek’ for life. He does nothing good for the club.” A Wisła public relations worker vented his frustration in a radio interview, lamenting the fact that, despite all the work that the club has done to be a positive influence in the community, “this sort of thing happens and we are right back to square one.”

Spokesmen for both teams insisted that matches are safe to attend at both Cracovia and Wisła’s secure, newly-built and refurbished stadiums, and that the clubs themselves no longer had a problem with stadium violence. Among the hundreds gathered for Tomasz C’s funeral, however, talk was of vengeance. “It’s coming for sure,“ an associate of the deceased was quoted as saying. “They’ll wait a while, then they’ll go out to beat the Wisła supporters.”

A police source familiar with the club firms was anonymously quoted by Gazeta Krakowska as saying: “There is no way that they can leave it like this. I’m afraid that an act of revenge is only a matter of time.”