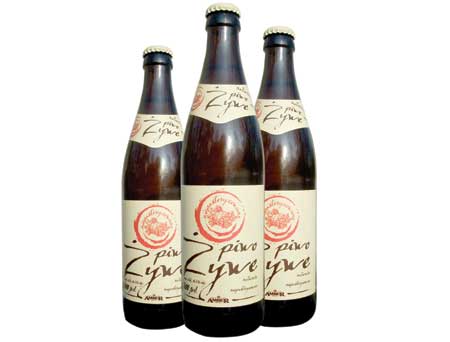 The task of choosing a Beer of the Month is not one to be approached lightly. It is an immutable truth in life that, in order to find one good beer, we are doomed to first experience a large number of bad ones. It was, therefore, with trepidation and great purposefulness that the judges assembled to risk both inebriation and offence to the taste buds in the pursuit of hop-based goodness.

The world of Polish beer is dramatically polarised between a small number of mass-produced brands that almost everybody drinks and a much larger number of microbrewery offerings that almost nobody has heard of. The mass brands can largely be dismissed as yellowish, gas-filled headache water, but the small brews are an undiscovered country, alive with thrills and perils.

Chief among these perils is an apparently irresistible compulsion among Polish brewers to put honey in things. The trouble with honey beer is that it sounds like a good idea, but almost never is. It even tastes like a good idea for the first third of a glass, until your tongue suddenly feels like a log of Germanic High Romanticism covered in sugar sprinkles.

I could go on at length about why we chose Amber Browar’s Piwo Żywe as BOTM—I’ve been classically trained you know—but this would not be an accurate reflection of the actual beer-table conversation, which had a lot more to do with carrots than anyone could have anticipated. The simple truth? We choose it because when we had finished all the others, we wanted another one of these. And there’s no honey in it.

One thought on “Beer of the Month: Piwo Żywe”