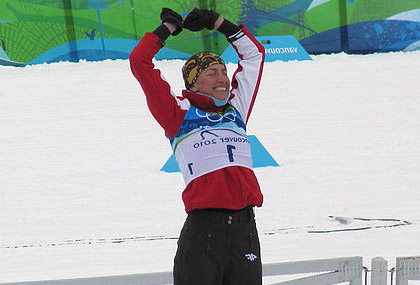 After the first two days of the Tour de Ski, Poland’s star cross-country skier Justyna Kowalczyk has taken a very strong early lead, and closed the gap slightly behind Marit Bjoergen in the FIS world cup of cross country skiing. After taking the top slot in the 2.5 km prologue event by about a second, she started with a fifteen-second head start on the pack in Saturday’s 10 km pursuit in picturesque Oberhof, Germany. None of the other competitors could even see Kowalczyk for much of the race, which took place in snowy conditions.

Her overall lead of nearly thirty seconds gives her considerable latitude in her approach to the later stages, in which her incredible endurance and ability to work through pain will give her an advantage in the toughest climbing segments. Kowalczyk won last year’s Tour de Ski, as well as the World Cup, and Olympic gold, silver, and bronze medals. She is arguably the most dominant Polish athlete in any field, and enjoys tremendous popularity in her country.