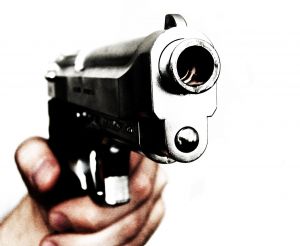 A Krakow court has ruled that Małopolska police must pay hundreds of thousands of złoty to the family of a murdered man. The reason: because they failed to take away the killer’s licensed gun.

The case shocked Krakow in August, 2006. Adam B., who revelled in the nickname ‘Goebbels,’ walked into a bar on ul. Sarmacka and shot his ex-girlfriend, her father and a male friend. It is the family of the male friend, not named in reports, who are set to benefit from the ruling.

Adam B.’s ex-girlfriend also died, though her father survived. The gunman later shot and killed himself on the street outside.

There was outrage when it emerged that the murders had been committed using a licensed firearm, and that the police had failed to confiscate the weapon when Adam B.’s former partner reported that he had threatened to kill her with it. Police-chief Adam Rapacki, whose signature appeared on the licence, was dismissed from his post and two other senior officers faced criminal charges.

The court case that came to a conclusion last week was a civil action brought by the family of the murdered man against Małopolska police. Both parents were awarded 150,000 złoty and the man’s daughter is to receive a similar lump sum and a monthly payment of 535 złoty. During the course of the case evidence was also presented that police authorities were aware of Adam B.’s reputation as an underworld figure, but issued him a firearms license anyway.