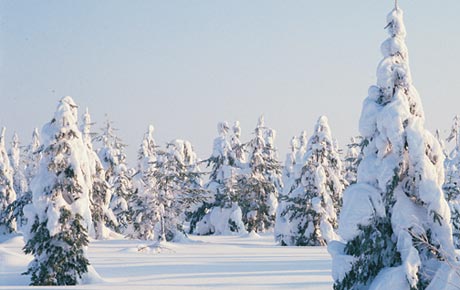 The region’s Straż Leśna (Forest Guards) are aggressively pursuing illegal fir tree harvesters, and urging consumers to think about where their Christmas trees are coming from. The unlicensed removal and sale of trees from national forests is a major headache for law enforcement agencies every year. Up to 7,000 forest guards, police officers and city guards nationwide will take part in this year’s ‘Operation Choinka.’

Gathering trees from state land for sale in the open-air markets of Krakow is a long-standing tradition for some in the villages and towns around the city. Increasingly though, the harvesting is being carried out by organised gangs and bringing in big money. “We already know most of the thieves in our area and we know where to find them,” said Stanisław Widz, head forester in Myślenice.

Trees coming from private land are also subject to restrictions. The felling of any tree more than five years old, even on private land, should be reported under the Nature Conservation Act and a permit applied for from the local authorities. Adherence to these regulations is said to be less than universal.

Penalties of 500 zl may be levied for the illegal removal of a tree from state land and fines of up to 5,000 zl can result if the case goes to court. Legitimate trees can be bought from properly managed plantations on state land and vendors should have an invoice from the relevant forest management service.