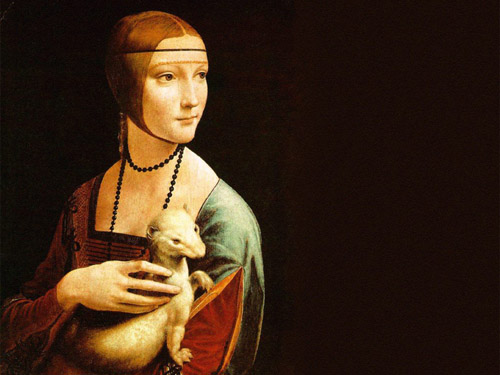 Polish art historians are fighting to prevent the planned loan of Krakow’s beloved Lady with an Ermine to London’s National Gallery later this year. A letter from the President of the Krakow Division of the Association of Art Historians to ArtWatch UK claims that “Protests by restorers have been circumvented and ignored by the [Czartoryski] Foundation.”

Leonardo da Vinci’s Lady with an Ermine is one of the world’s most valuable paintings and has been a treasured part of Krakow’s cultural heritage since the 1870s. The painting itself is over 500 years old and extremely fragile. Some Polish art historians fear that moving the picture even a short distance could result in irreparable damage caused by vibrations or changes in air conditions.

In her letter to ArtWatch UK, an organisation dedicated to protecting “the integrity of works of art… from injurious physical treatments and… exploitative or demeaning actions,” Joanna Daranowska-Łukaszewska claims that the masterpiece “has been used as a means of raising revenue from fees for the loan” and that “The attempt to justify this practice on the grounds of promoting Polish culture… is a frivolous cover.”

If the loan goes ahead, Lady with an Ermine will join La Belle Ferronière, from the Louvre; the Madonna Litta, from the Hermitage in St Petersburg; and Saint Jerome, from the Pinacoteca Vaticana in Rome as part of the National Gallery’s “Leonardo da Vinci: Painter at the Court of Milan” exhibition from November 2011 to February 2012.

Michael Daley of ArtWatch UK has called the plan “absolutely crazy,” but chairman of the Czartoryski Foundation Adam Zamoyski points out that the painting will be better protected in London that it could be at its home in Krakow’s Czartoryski Museum, which is currently being renovated. The Lady has already been on an extensive journey during the museum’s rebuilding. This year it has been on show at Hungary’s Budapest Museum of Fine Arts and is currently in Warsaw.

The painting’s past journeys must give art historians cold sweats. It was rescued from advancing Russian forces in 1830 and taken to Paris via Dresden before arriving in Krakow in 1876. During World War II Lady with an Ermine was looted by the Nazis, taken to Berlin, returned to Krakow to decorate the office of Hans Frank, and then spirited away to Bavaria, where it was discovered by Allied troops at the end of the war.