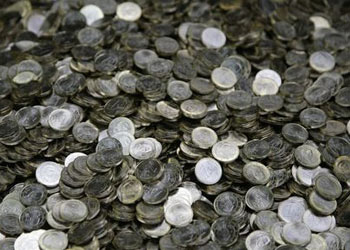 European leaders have welcomed Ireland’s request for a bailout package from the European Union and the International Monetary Fund. The Irish government applied for the bailout Sunday to help salvage its economy.

Spain’s Foreign Affairs Minister Trinidad Jimenez said Monday that Ireland’s decision to accept a bailout is good news. She said European Union solidarity has worked and the euro will be stable once again because of the help of all the countries within the European Union.

The Irish government had denied for weeks that it would need a rescue package to help salvage its economy. But after an emergency meeting Sunday night, the country’s Taoiseach, or prime minister, said Ireland had requested financial help.

The total amount has yet to be agreed, but it’s estimated to be worth around $100 billion – slightly less than a similar package loaned to Greece earlier this year…