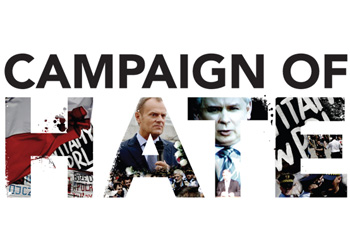 Poor voter turnout appears to be a Polish speciality. A recent survey showed that this tradition is here to stay. Homo Homini, a Polish pollster, predicted a turnout of 49.7 percent if next year’s parliamentary election were to have taken place last month. The ruling Civic Platform (PO) would have taken 35 percent of the vote, with Law and Justice (PiS) in second place with 25.4 percent. The Democratic Left Alliance (SLD) would have achieved the third best result with 16.4 percent, thus leaving the Polish People’s Party in last place with a result of 8.5 percent. The blame for low voter turnout is often placed on the political class, or is otherwise connected to the infancy of modern democracy in Poland. After all, the history of municipal authorities in Poland is only two decades long.

Municipal elections on 21 November will be somewhat overshadowed by the murder of Marek Rosiak, an assistant to MEP Janusz Wojciechowski, which took place on 19 October in Łódź. However, Grzegorz Schetyna, lower house speaker from Civic Platform, stated that his party planned an election campaign focused on regional politics. The slogan is supposed to be constructed of two elements. The first will be invented by the particular candidate, whereas the second will be “far from politics”. The idea behind this catchphrase is to present municipal affairs as independent from national politics. The Civic Platform has been leading its campaign by means of various media. In Łódź, the candidates will focus on Internet communication. On the other hand, activists in Małopolska distributed leaflets amongst farmers during an annual harvest festival, which took place in late September.

Jarosław Kaczyński, the opposition leader of the Law and Justice party, opened his election campaign by vowing to foster sustainable development and the relocation of budget funds to the poorest regions in Poland. He criticised the incumbent government for a vision of development which leads to the concentration of wealth in big metropolises. He described these privileged areas as “islands of opportunity”. Kaczyński expressed his concern that such policy will only lead to a division of Poles into better and worse citizens. He also proposed limiting directly elected posts to two terms in order to open prospects for new politicians.

The Democratic Left Alliance (SLD) launched its campaign in Silesia with the slogan “Together we can do more”. The party will try to attract voters by promoting new faces among the candidates. The Alliance also counts on support coming in particularly from feminist and environmental activists.

The Polish People’s Party (PSL), the populous party, is most active in the streets, according to its campaign manager Artur Andrysiak, in contrast to PO and PiS, who are dominant in the media. The campaign budget of PSL is said to be very modest, leading them to emphasise face to face contact with voters. The party is represented by the slogan “Man counts most” which has three meanings according to Andrysiak. First of all, candidates are always locals from the particular region. Further, PSL focuses on the voters, who they are obliged to serve when chosen. Finally, the party attempts to notice local leaders who stimulate their communities.

In Krakow, the highlight of the elections will be the race between Jacek Majchrowski, independent left-wing mayor of the city since 2002, and Stanisław Kracik, who is affiliated with the Civic Platform. The incumbent’s campaign promises further investments in transport and social housing. In contrast to every other candidate, he opposes the idea of an underground in Krakow, considering it too expensive. Kracik presented himself as an effective leader by boasting of his success stories as mayor of Niepołomice, a small town in Małopolska. Representing Law and Justice in the election is Andrzej Duda, while Piotr Boroń represents the Christian conservative party, Right of the Republic (PR).

Elsewhere in Małopolska, a bizarre incident occurred in Tarnów during the election campaign, where the representative of Law and Justice attempted to register a candidate list in which she included her daughter whilst leaving out several confirmed candidates. Party officials pledged to explain the affair.

An interesting novelty in the forthcoming elections is the introduction of voting by a representative. This is especially aimed at people with mobility limitations and those who will have turned 75 years old by election day. The voter must submit an appropriate request at latest 10 days before the vote.

Possessing EU citizenship gives every citizen of an EU Member State a limited right to vote in municipal elections in the area where they reside. The requirement is that the person holds resident status in Poland. A foreigner may only elect members of the city council or mayor of the city, town or village where he or she resides in Poland.

As Europe recovers from a financial crisis, it is particularly important to stimulate parallel growth in all Polish regions. Neglecting underdeveloped regions of Poland will seriously hamper the competitiveness of its economy. The prevailing notion is that Polish politics takes place foremost in Warsaw, which is not always the case.