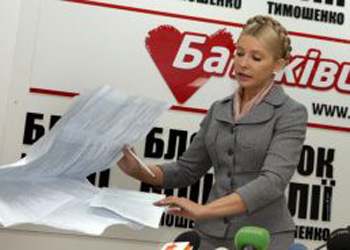 Local elections rarely arouse international interest. But in Ukraine this weekend, the Oct. 31 vote warrants close scrutiny as there is mounting evidence to suggest that they will be neither free nor fair. For Europe this situation is dangerous.

A falsified ballot will not only complete Ukraine’s slide into authoritarianism but, once the election is stolen, Europe will awake to a dictatorship on its doorstep, one with its hands on the taps through which natural gas flows to millions of European Union households. Grains supplies, too, in this time of rising food prices will also be imperiled, as the Viktor Yanukovych regime’s recent embargo demonstrates.

Europe’s largest political group, the European People’s Party and the Parliamentary Assembly of the Council of Europe, have already expressed alarm at state interference in the election process. Their worries are justified…