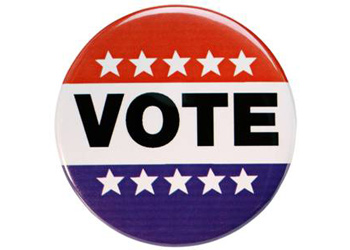 The American federal elections in November are fast approaching, and the U.S. Consulate is urging those Americans living in Krakow who have still not registered in their U.S. state of residence to do so now, before it’s too late.

While presidential elections tend to stir up enough of a ruckus in the media that there is no need to rally people to make their vote count, Deputy Consul General Jeffrey Vick explained to the Post that this year’s federal elections are incredibly important in determining which party will take the majority in Congress, thereby possibly deciding the legislative agenda for the remainder of Barack Obama’s term as president. For his first two years in office, President Obama has enjoyed a Democrat majority in the Senate and the House of Representatives. That may change pending the outcomes of the elections on 2 November, as all 435 seats in the House and 37 of the 100 Senate seats are up for grabs. As such, issues at stake in this election could include universal health care legislation, immigration policy, and the cleaning of the gulf oil spill.

For more specific information on issues and candidates, non-partisan voter guides can be downloaded from national news websites like CNN or organizations like the League of Women Voters. Voters should also check their favorite local news source for election issues specific to their state and municipality.

U.S. citizens in Poland can make their voice heard in this year’s election by making sure they are registered to vote in their state of last residency. The Consulate’s Federal Voting Assistance Program (www.fvap.gov/) or a non-partisan overseas voter organization like Youth Vote Overseas (yvo.overseasvotefoundation.org) can be used to confirm registration, or to check an individual state’s voter registration deadlines and register online. Once voter registration is secured, U.S. citizens can choose to have a ballot sent to them by mail or email, or pick one up at the U.S. Consulate in Krakow.

Overseas ballots can be filled out as soon as they are received, and in some states, they must be sent in as early as 22 October to be counted in the election results. Deadlines for individual states can be found online here.