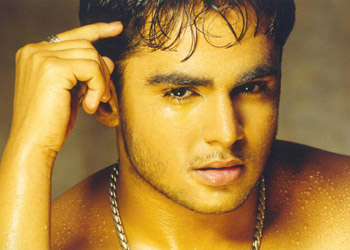 A film crew of about 50 for the major Bollywood Mujjahir (Banita) is already in Krakow and busily preparing to start filming scenes for their action thriller on Tuesday of this week. Director Prashant Chadha will spend about 18 days (4-21 October) in Krakow, shooting most scenes outdoors at Plac Szczepański, Kazimierz, Florian’s Gate, the Barbakan, Small Market Square, the Balice airport, and in the Main Market Square, where on 12 October scenes with special effect explosions are expected to be shot.

Famous Bollywood star Sachin Joshi of Mounamelanoyi, Ninu Choodaka Nenundalenu, and Orey Pandu will play the lead actor, who is on a mission to save the world from a terrorist attack using stolen biological weapons – a feat that will take him across China, Morocco, and Europe (namely Germany, Poland, and the Czech Republic). Arya Babbar, Sachin Khedekar, and Samy Gharbi will also star in the film set to premier in April 2011.

Krakow won a bid against Prague as filming headquarters in Europe, largely because the city offered the film crew extra services for the same amount of money. Rafał Orlicki, responsible for the Krakow Film Commission (Krakowska Komisja Filmowa) at the Krakow Festival Office, clarified that the city has been developing for the last two years to support film production here, and Krakow’s bid included provisions for authorization to film, help in diverting traffic, as well as additional actors and technical assistance to the crew. Of the six million dollar film budget, it is estimated that about one third will stay in Krakow.

“We hope that having Krakow featured in a major Bollywood production will increase interest in Poland among Indians; this may result in more tourism, or maybe an economic initiative,” said Orlicki. This only a month after Prime Minister Donald Tusk visited India in an effort to spur investment and strengthen economic and government ties between the two nations.