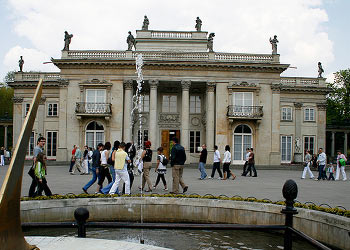 The first ever Memorial Bronisław Geremek Foreign Policy Conference will take place today and tomorrow, 16 and 17 September, in Warsaw’s Palace on the Water in the Łazienki Royal Park. The conference’s guests include President Bronisław Komorowski, who will present opening remarks this afternoon, followed by an opening speech by eminent freedom fighter Adam Michnik.

The overall goal of the conference is “to commemorate Prof. Bronisław Geremek’s outstanding impact to foreign policy debates and thinking about contemporary Europe and the world”, according to its website, and it will be held annually in Warsaw.

The conference dedicated to the memory of the late Professor Bronisław Geremek, a hero of the Solidarity movement who passed away in 2008.