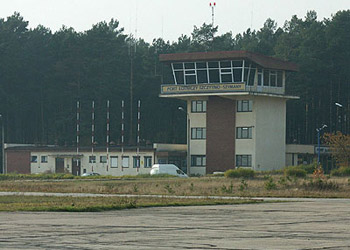 According new information published by the AP last week, the Saudi terrorist Abd al-Rahim al-Nashiri was interrogated and tortured by the CIA in Poland during the Bush Administration era.

The terrorist had been suspected of planning a suicide attack against the American Navy destroyer USS Cole, stationed in the port of Aden in Yemen on 12 October 2000, when 17 American sailors were killed.

A high-profile member of Al-Qaeda, Al-Nashiri was captured by CIA agents in Dubai in November 2002. After a brief detention in Thailand, the suspect was temporarily brought to a secret prison in Poland before being transferred to the Guantanamo detention camp.

In February 2007, the EU published a report on secret CIA flights, stating that the American agency had operated 1,245 flights, some taking suspects to nations where they could face torture. “It was not possible to contradict evidence or suggestions that secret detention centres were operated in Poland and Romania,” the report declared.

According to Gazeta Wyborcza, Al-Nashiri’s interrogation, headed by “Albert”, a former CIA agent of Egyptian descent, took place in the black site of Stary Kiejkuty (Warmian-Masurian Voivodeship) in Poland.

The AP reported that the suspected terrorist has been put under pressure during an interrogation by “Albert”, who pointed an unloaded gun and a drill at the temple of Al-Nashiri.

After the temporary freeze of Guantanamo cases by U.S. president Barack Obama, military judge Susan Crawford dismissed all of the charges against the presumed mastermind of the USS Cole raid in February 2009.

The list of high-level terrorists interrogated by the CIA in Poland also includes Khalid Shaikh Mohammed, the alleged mastermind behind the 9/11 attacks, and Abu Zubaydah, a logistics manager for Al-Qaeda operations. During the period 2002-2005, the CIA established a temporary interrogation training centre for its officers in the village of Stary Kiejkuty, wrote the Polish newspaper.

The Warsaw-based Helsinki Foundation for Human Rights (HFHR) stated that in the period between December 2002 and September 2003 seven CIA jets had landed at the non-operative Szymany airport in northern Poland, about 100 miles north of Warsaw.

After receiving the green light from the Public Prosecutor’s Office, Polish border guard Major Piotr Patla wrote to the HFHR on 23 July 2010, confirming the clearance of seven airplanes at Szymany airport during the afore-mentioned period.

The first airplane mentioned in the document, a jet with registration number N63MU, took off from Dubai and landed at Szymany on 5 December 2002 with eight passengers, including presumably Al-Nashiri himself.

The top-secret investigation on CIA operations in Poland, led by Prosecutor Robert Majewski, has been ongoing since August 2008 and has yet to conclude.