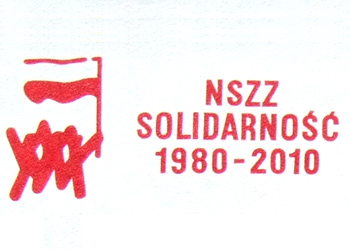 It could be argued that no other date has had a deeper or more profound influence on the shape of modern Europe than 17 September 1980. For it was on this date that the trade union Solidarity was born, under the leadership of Lech Wałęsa. It was the beginning of the end for the old communist domination of Central and Eastern Europe, and marked the start of 30 years of astonishing economic growth and political change, in Poland and beyond.

As Solidarity’s supporters carried the organisation’s president, Lech Wałęsa, through the streets of Krakow in the autumn of 1980, few imagined just how rapidly and completely Poland would be transformed. Yet none of it would have been possible without the courage of ordinary Polish men and women, who were determined to free their nation at any cost. One such couple, Andrzej and Maria Musielak, welcomed me to their home in Bydgoszcz last summer, to discuss their own experiences of Solidarity and the struggle for independence.

The knock on the door came during the night of 12 December 1981.

Maria Musielak admitted the men from the security and civilian police, who told her they had come for her husband Andrzej. In a grim parody of habeas corpus, one handed Maria a receipt for her husband, saying he would be returned in an hour. Maria heard nothing more for 11 days, and wasn’t reunited with Andrzej for seven months.

For Andrzej Musielak, the events leading up to his arrest began in August 1980, when Solidarity was established at the University of Technology and Agriculture in Bydgoszcz (now the University of Technology and Life Sciences), where he taught mathematics and physics. Andrzej was the first president of Solidarity there, leading campaigns for more open management and less party interference in university policy.

Then came 19 March 1981, when a Solidarity meeting in Bydgoszcz was broken up by the militia, and members were beaten.

“Some people were preparing for a general strike in response,” said Andrzej. “I think that is where Wałęsa broke the rules of democracy a little. He said the decision to strike could only be made by the leaders of Solidarity. At the time I would have taken part in the strike if it had been called, even though we knew it might cause the intervention of the Russian Army. I was only 28, I am wiser now. I think Wałęsa made the right decision because people were very frightened. They didn’t know how it might end. They thought they might lose their work or go to jail if they supported Solidarity. It was most important to encourage people not to be afraid, but I don’t know if the support would have been big enough.”

So, having been a prominent “troublemaker” for more than a year, Andrzej was finally hauled from his home on that winter’s night in 1981, the eve of the declaration of martial law. It was a date he described as “the start of a black night for Poland”.

Andrzej recounted the journey from his tenth-floor apartment in Bydgoszcz in the company of the police and militia: “I was taken to the police station by car, and many other people were there. Nobody knew what was happening and nobody would tell us. They took our fingerprints, put groups of us into cars, and drove off. We didn’t know where we were going. The older people were afraid they were taking us to Russia, or that they were taking us to… they were talking about Katyń. When the cars stopped we were inside a prison yard, between two lines of people wearing leather jackets, with guns and dogs.

“For maybe two days they gave us no food. In my cell at the beginning there were 14 people. It was one big room, with a toilet in the middle. It was crowded, and it was very cold. Nobody had brought anything with them. No cigarettes, no jackets, no food, no toothbrush.

“They spoke to each of us one at a time, saying that we would go free if we would sign a document promising to be loyal to the party. Nobody signed.”

At home, Maria waited: “We all knew that something had happened because the TV and the phones were not working.When it was close to morning we found out that it was martial law. Some students were looking in the encyclopaedia to find out what exactly it meant.”

Maria set about trying to find her husband. The police told her that it was an Army matter, the Army said it was nothing to do with them. Finally, on Christmas Eve 1981, Maria received news that her husband was in jail. For her it was a bitter joy; she knew Andrzej was alive, but she knew also that this Christmas her family would be separated by concrete walls and prison bars. She was determined to make Christmas Day as normal as possible for their two children, aged one and two.

Over the following months she organised collections of food and cigarettes for the men in prison. After one visit she smuggled out a list of everyone in the cells, and a message for those on the outside: “Don’t give up”.

On 10 July 1982 Andrzej was released, as suddenly as he had been arrested. “If they had known, they would not have released him on that date,” said Maria. “It was the anniversary of our wedding.” She welcomed him home with two roses – one red, one white.

Andrzej went straight back to his work with Solidarity. Money was collected to help the families of prisoners. Illegal newspapers, books and audio recordings were organised and distributed. These were often produced abroad and smuggled into Poland. Maria recounted one method for importing books printed on paper thinner than Bible pages and crammed with tiny text.

“They needed secure places to hide the books so they put them in cans of peaches,” she recounted. “Of course, there were no peaches, just books and sugar. During martial law we got packages of food from abroad, and one day we received some cans of peaches in syrup. They were very hard to get so I stored some for Christmas and gave some to my neighbour.

“The children wanted to eat some of the peaches, so I started to open one of the cans. There was no syrup, just sugar and very small books rolled up inside. I went to my neighbour and told her I needed the cans back quickly.”

Andrzej’s job was to distribute these materials. First he had to lose the security services in Bydgoszcz. He would stay a night at a neutral address in his target city, and then move to his real destination. Such subterfuge was widespread and essential. Every region would have a “public” group, and a secret group. Documents would be dated two days ahead or behind the actual date. And Andrzej would go about in his grandfather’s fur coat – which was so large that it made him impossible to identify in passing.

“I knew there were still people watching me,” he said. “Very often I was called to the police station, for nothing. I was most frightened when a document was produced on TV and they gave the real date that it was signed! I still don’t know how that was possible.”

Those uncertain years tested thousands of people to their limits. Maria told of families split through divorce by the terrible pressures, and of people who died because there was no phone to summon medical aid. But both she and Andrzej agreed that the struggle was necessary.

“We always wanted to finish what they had started during the Warsaw Uprising,” said Andrzej. “We owed it to those people to have an independent Poland. At the time, nobody believed it could happen this fast, but we all knew we had to do it.

“For me and my colleagues the first free vote was the happiest day of our lives. After ten years of sacrifice, for the first time in Poland we had managed to do this without blood. We celebrate the anniversary, and there are still tears of happiness.”

5 thoughts on “Solidarity: Notes from the Front Line”