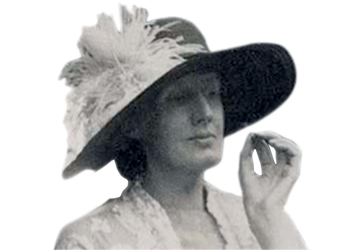 The Bloomsbury Group, or “Grope” as the satirist Craig Brown dubbed it on account of the members’ polygamous tendencies, included some of the most memorable British talents of a century ago. Writers Virginia Woolf, E.M. Forster and Vita Sackville-West were prominent figures, likewise the painters Vanessa Bell, Roger Fry and Duncan Grant. This exhibition is the first time that the Group has come under the spotlight in a Polish gallery, offering visitors a wonderful opportunity to discover more about a fascinating slice of Albion’s heritage.

Tony Bradshaw, a co-curator of the exhibition, explains the significance of the Bloomsbury Group in an interview for the exhibition catalogue: “All of the Bloomsbury group made a very significant contribution to British intellectual and artistic life in the first part of the twentieth century. The two giants, famed internationally, are Virginia Woolf […] and the economist Maynard Keynes.”

“The Bloomsbury Group never became a formal group, never published a manifesto or a programme of any sort,” curator Monika Rydiger explains. “It was rather a circle of friends linked by a network of complex personal relationships, and it is these relationships that are the focus of much of the available literature on the group.”

“The Bloomsberries have been chiefly famous for their less than conventional personal relationships,” Tony Bradshaw continued. “By today’s standards they may not have had a dazzling number of encounters – Frances Partridge has claimed that there was more love and less sex than people tend to assume – but the homosexuality, bisexuality or at least generous open-mindedness of many members of the group permitted a fascinating web of affairs and liaisons. These ranged from the devoted partnership of Lydia Lopokova and Maynard Keynes (who had once been almost exclusively homosexual), to the open marriage at Charleston of Clive and Vanessa Bell, to the ménage at Ham Spray where Lytton Strachey loved Ralph Partridge, who married Dora Carrington, who loved only Lytton (and who took her life after his death to prove it). With Virginia Woolf’s own suicide, and the death of Vanessa’s son Julian in the Spanish Civil War, the Bloomsbury story is laced with serious drama as well as less consequential intrigues.”