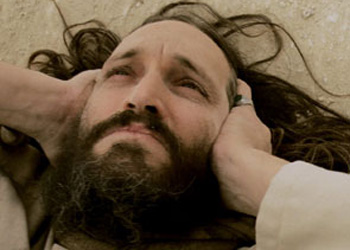 Known as something of a wild card in the film world, director Jerzy Skolimowski remains true to form with his latest movie, which had already whipped up a fair amount of controversy prior to its premiere in Venice on 6 September.

Essential Killing stars Vincent Gallo as a Taliban fighter captured by American forces in Afghanistan. Transported to an unspecified military location in Central Europe, the prisoner manages to flee his confinement, but faces a seemingly insurmountable challenge in evading his pursuers.

Emmanuelle Seigner, Roman Polanski’s wife, also stars in the film, which was shot in Israel, Poland and Norway.

Since 2005, Poland has repeatedly been cited as one of the “black sites” in Central Europe that were allegedly used to hold terrorists. However, successive Polish governments have been evasive on the matter. Nevertheless, given that Gallo is an outspoken Republican, it is unlikely that the film will be an unfettered apologia for the Taliban.

Essential Killing is the only Polish film competing for the Golden Lion this year. Regrettably, Jan Jakub Kolski’s Wenecja (Venice), which would have made a wonderful opening movie, will not be included in the festival. On one count at least, Kolski’s film is ineligible, as films in the main competition must receive their world premiere at the festival.