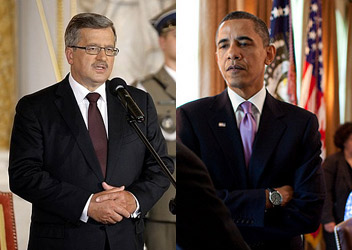 Polish President Bronisław Komorowski will meet with his American counterpart, Barack Obama, towards the end of the year, according to Polish news channel TVP Info. Originally, Komorowski was scheduled to meet with the U.S. president in 2011.

“This is good news in terms of the prestige of our country,” an official of the Chancellery of the President told TVP Info. The two presidents have already spoken on the phone, during the second round of elections and when Obama congratulated Komorowski on his victory, and invited the Polish president to Washington.

Next week, Komorowski will embark on his first official trip abroad as president, when he will visit Brussels on Wednesday, Paris on Thursday, and Berlin on Friday. The president is also planning a trip to Latvia in the near future.