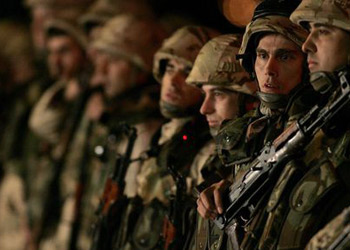 Elements of the Third Vratsa Regiment are preparing for deployment in Afghanistan. The official ceremony was held on August 18 at Hristo Botev Square at 9.30am, the Defence Ministry said in a media statement.

The regiment will be led by Captain Nikolai Nikolov. The 200-strong infantry reinforcement will be sent to Kabul where they will be tasked with guarding the airport, the media statement said. They will reinforce the nearly 600-strong Bulgarian detachment already deployed in Afghanistan.

Two weeks ago, elements of the Bulgarian Army were involved in a fire-fight with insurgents in Kandahar.

A combined infantry and rocket attack occurred on August 3 at 9.45am Bulgarian time, but the Bulgarian troops repelled the attack with assistance from their allies.