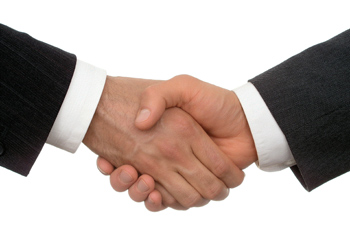 In December of last year, the Krakow Post analysed Poland’s lobbying activities on the U.S. government, and recently, new developments have begun to unfold.

To recap, at the end of September 2009 there was a brief outcry in the Polish media when it came to light that the Polish Embassy in Washington, D.C. is hiring a lobbying firm with almost exclusively Republican contacts, at a time when the Democratic Party is in control of the White House and Congress.

According to the registration statement submitted to the U.S. Department of Justice by the firm in question, BGR Holding, and the Polish Embassy in May 2008, BGR was to communicate with and lobby “Congress and departments of the Executive Branch” and “provide the Embassy of Poland with strategic counsel and tactical planning advice and services on foreign policy matters before the U.S. government, focusing on the area of defence and military co-operation between Poland and the United States.” In later reports submitted to the clerk of the House of Representatives, BGR’s activities on Poland’s behalf were described as “monitoring and advising on U.S. policymaking processes with regard to Poland.”

The Embassy’s contract with BGR was actually brought to the media’s attention by a political scientist from George Washington University, Dr. Steven Billet. After the Obama administration received substantial criticism in Poland over the scrapping of the missile defence system previously agreed under the Bush administration, Billet decided to write a letter to the PAP (Polish Press Association), in which he suggested that Poles should perhaps look to their own government for answers. According to him, although an expensive contract with a firm like BGR may have been a good idea under the Bush administration, it no longer made sense after the change in the White House. In November, Billet told the Krakow Post that “the outcome of the missile deployment issue would suggest that [BGR] really weren’t very effective”. He also questioned the competence and knowledge of Polish diplomacy in having to hire a lobbying firm to look after Poland’s interests.

The Polish diplomatic establishment defended the contract, however, saying that they rate BGR’s work as positive, that lobbyists’ political opinions do not interfere with their work, and that they will not comment on the opinions of a political scientist.

However, it now appears that the relationship between the Embassy and BGR has ended. According to the latest report from the first quarter of 2010, the Embassy paid BGR “less than $5,000,” which, when compared to the $100,000 they were paying before, probably means zero. And indeed, according to the fourth quarter report for 2009, the decision to terminate the contract seems to have already taken place at that time. Although Poland is still on BGR’s client list, Billet believes the relationship has, in effect, ended. He says, “it sometimes happens that a group like an embassy might continue the relationship and simply not assign work to a consultant firm until another project came up. Under these circumstances, they would simply not pay the firm in the interim. This does not seem to be the case here.”

Why may the Embassy have terminated its contract with BGR? According to Billet there are a number of possible reasons. He says, “These arrangements are often established when an embassy decides that it needs additional assistance on an important issue. Because of the very specific nature of some advocacy work, contracts and arrangements of this sort often ‘come and go’ in a very fluid manner. If one assumes that BGR was under contract to help with the missile deployment issue, for instance, it would be logical to assume that the embassy decided that they no longer needed help. Again, this is only one possibility. In this question and others, it would be presumptuous to speculate on motives or decisions.”

But, when looking at BGR’s decreased client list, including foreign governments, and income over the past few years, it appears that the firm may be having a harder time under Democratic control of Washington. “Many interest groups in Washington have taken steps to enhance their capabilities with Democrats,” Billet explained. “Some firms with strong Democratic or bipartisan reputations seem to be doing quite well in general; Republican firms have not prospered in the current environment.” He adds that, “BGR is a substantial organisation with a strong history. Their reputation was built on its very strong Republican legacy and network. Over the last 15 years, Washington has become much more partisan, and many interest groups have come to believe that a Republican reputation does not offer an interest like an embassy any particular advantages. While BGR seems to have added some staff with Democratic capabilities and solid contacts, they are still perceived as a Republican firm.” However, he quickly cautions against speculation as to this being the reason for the firm’s loss of clients, saying that “these arrangements are often quite fluid and it is possible that factors beyond party identification played a role in BGR’s loss of these other clients.”

So, will the Polish Embassy now hire a different lobbying firm in Washington, or will it try to make do with its own resources? According to Billet, “The decision to hire a different lobbyist depends on a number of factors. First and foremost, the Embassy would need to determine if they have sufficient capability among their personnel to advance their agenda while the Democrats hold control of both the White House and the Congress.” In his opinion, “it is important that embassies develop their internal capability to carry their own messages. They are ultimately responsible and should not be reliant on outside consultants to do their job.” But, he also adds that “since the political situation in Washington changes on the margins on a daily basis, the factors that influence the Embassy’s inclination to hire or fire consultants will change similarly.

“These arrangements are often established when an embassy decides that it needs additional assistance on an important issue. Because of the very specific nature of some advocacy work, contracts and arrangements of this sort often ‘come and go’ in a very fluid manner.”