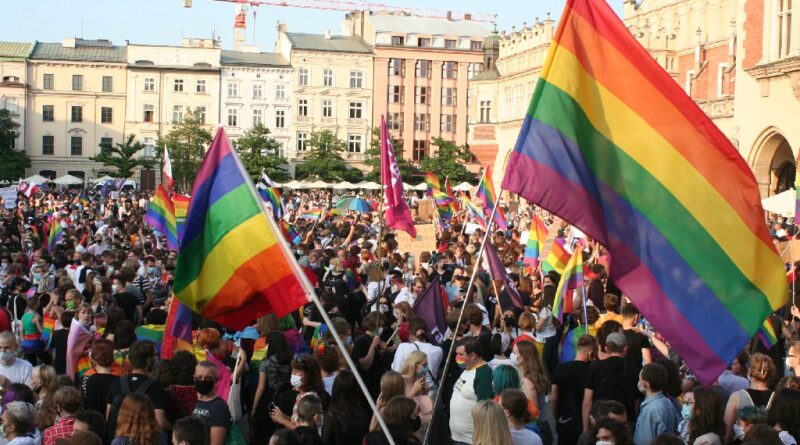 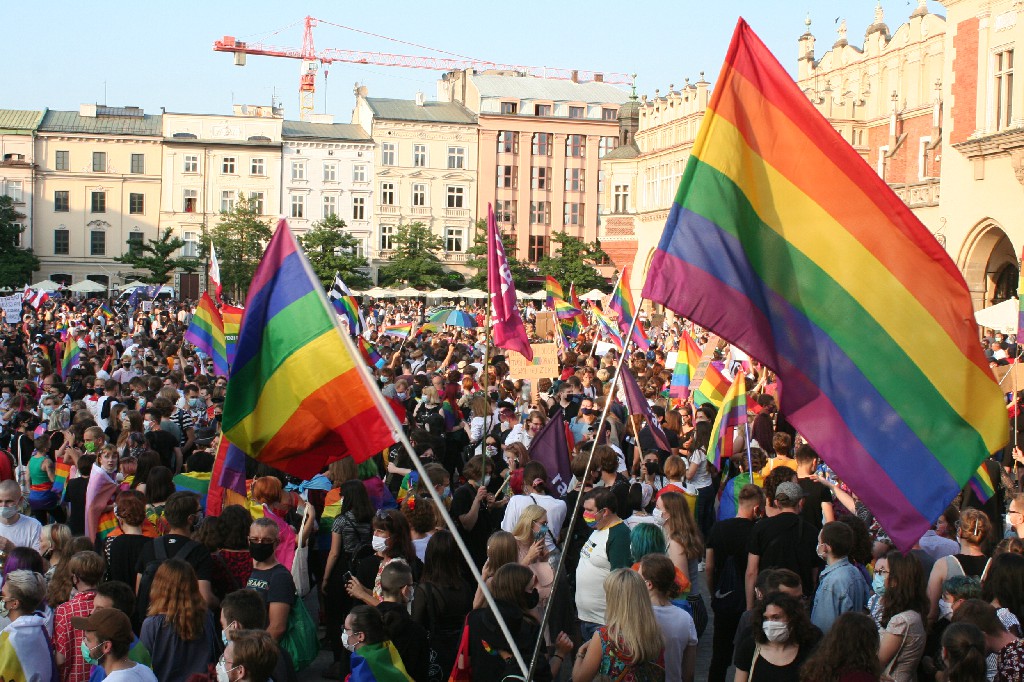 Thousands of people from the LGBTQ community and their allies gathered on Krakow’s Main Square Saturday for the 16th annual Equality March in support of their rights and in celebration of their identities. 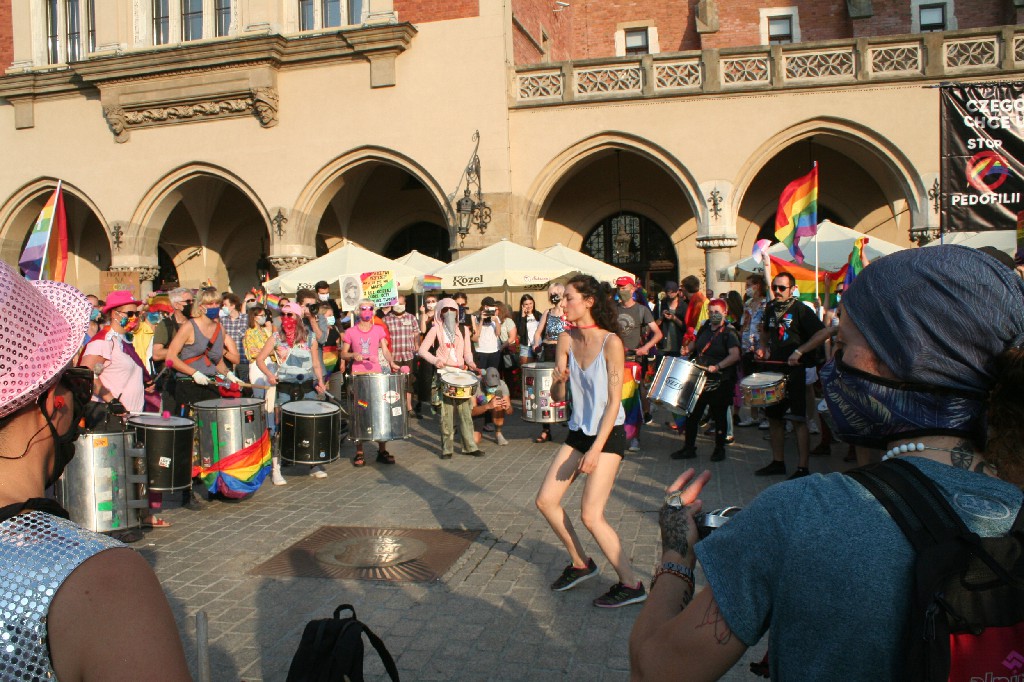 Participants waved rainbow flags, banged drums, danced to the beat of a music truck, and listened to speeches by organizers and supporters. As usual, speakers emphasized that Polish LGBTQ people want equal rights under the law and protection of their fundamental human dignity. Politicians from the Lewica and PO parties also spoke, such as PO MP Aleksander Miszalski, who assured queer people that his office would always be dedicated to helping them.

Demonstrators this year also spoke and chanted in support of the people of Belarus, whose president Alexander Lukashenko has been accused of rigging elections in his favor to perpetuate his decades-long rule. 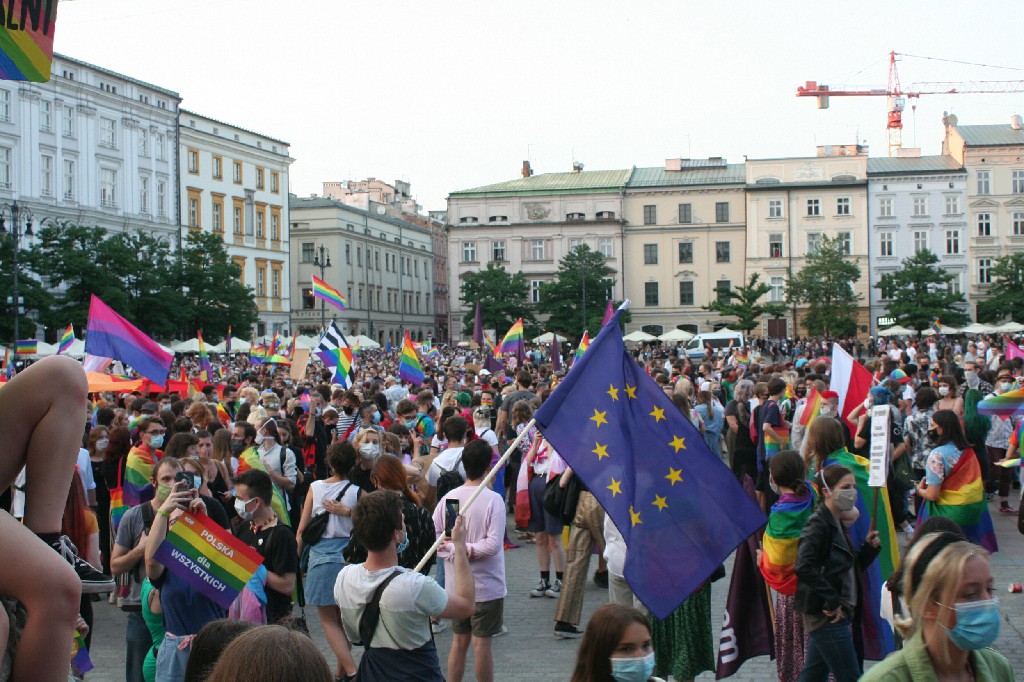 The event, organized by the group Queerowy Maj, is (unsurprisingly) normally held in May, but this year’s event was postponed due the the outbreak of the COVID-19 pandemic. This weekend’s March still took precautions, marching only around the Main Square rather than across Krakow, and the organizers encouraged face masks and social distancing. 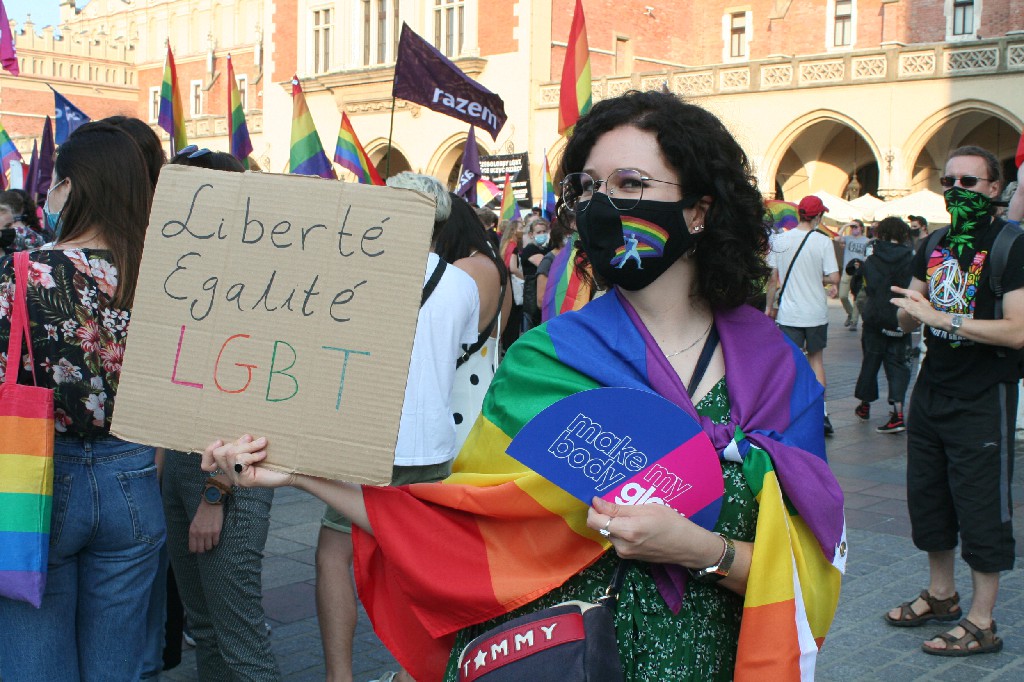 A second dark cloud hung over the event, as well: increasing tensions with the Polish government. President Andrzej Duda was reelected to another five-year term in July after saying that “LGBT ideology” poses a threat to Poland. Furthermore, an LGBT demonstration in Warsaw earlier this month resulted in several dozen participants being assaulted, arrested, and humiliated by police, then denied access to medication and lawyers, in an event dubbed “Polish Stonewall” – all this according to Poland’s own Human Rights Commission.

Criticism has focused especially on the lengthy pre-trial imprisonment and abuse of Margot S., a 22-year-old nonbinary activist accused of vandalizing a truck which bore homophobic slogans and physically confronting a counter-protester.

Several small groups of far-right counter-protesters were present at this year’s March in Krakow as well, some even threatening violence after the police cordoning them off dispersed. To our knowledge, though, the demonstration proceeded without major incident.

One of the speakers at the March addressed the counter-protesters directly: “The more you hate us, the sooner we will win. Because love will always win over hate. And we’ll never disappear. […] Our home is in Krakow.”

Scroll down to see more photos from the demonstration: 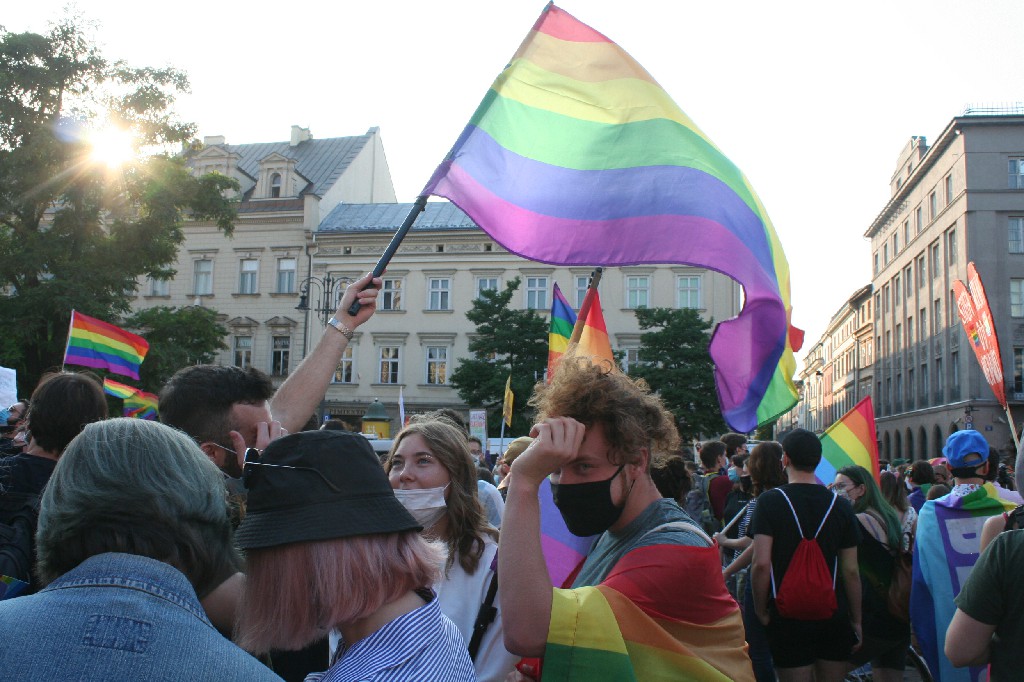 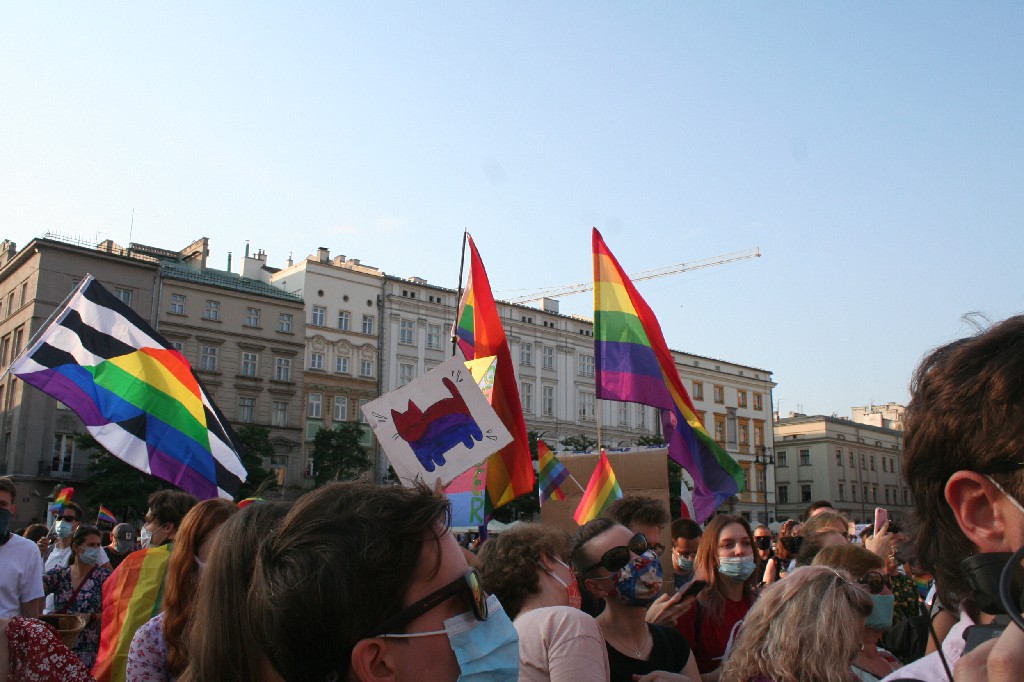 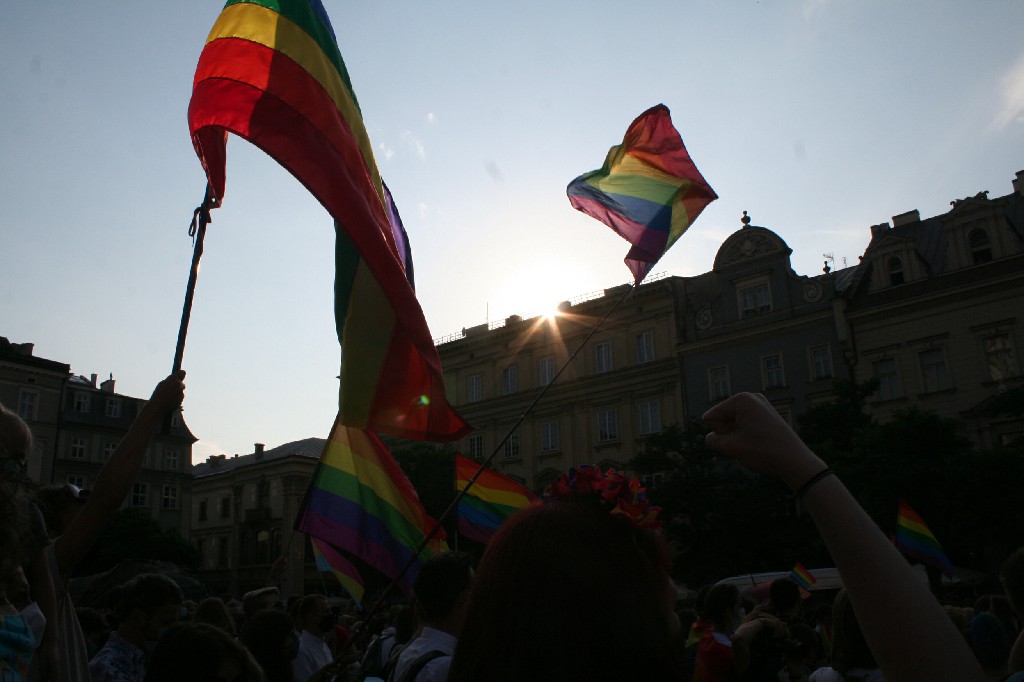 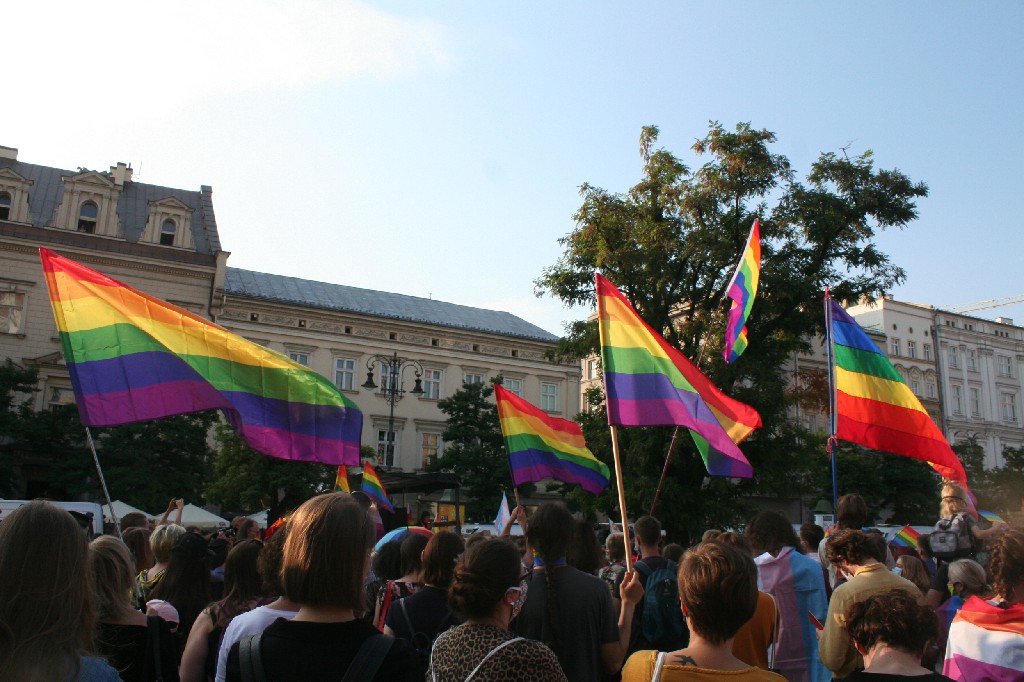 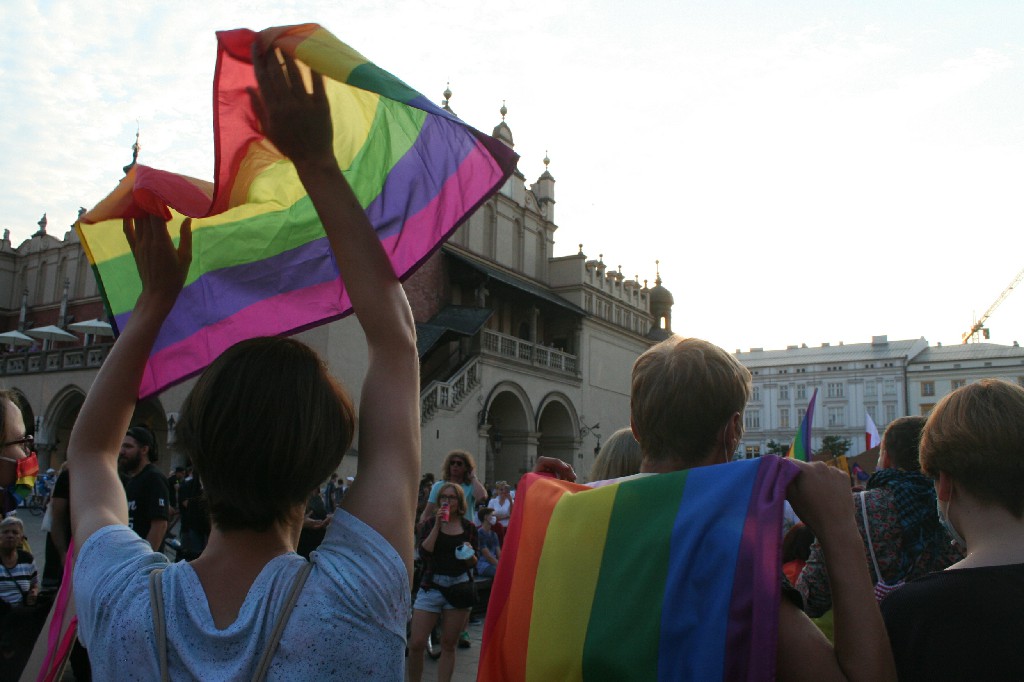 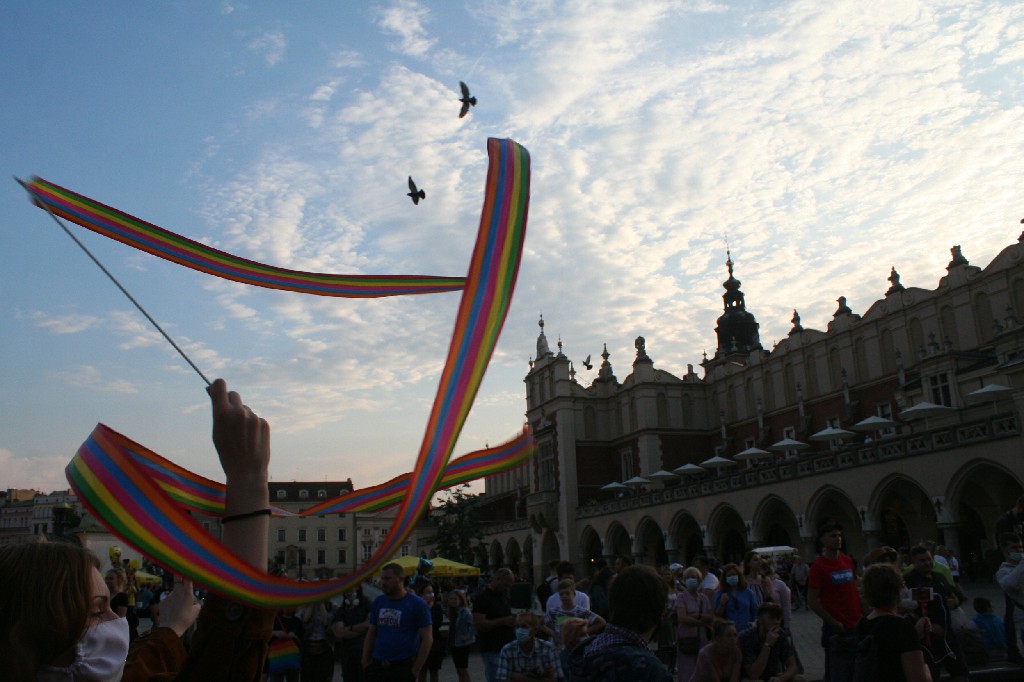 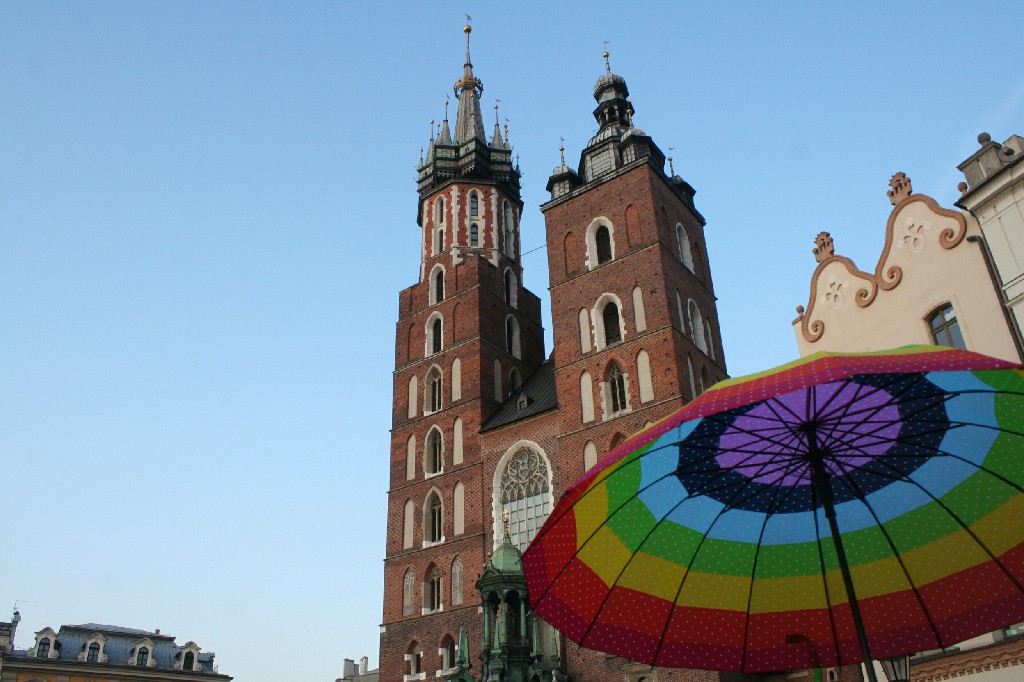 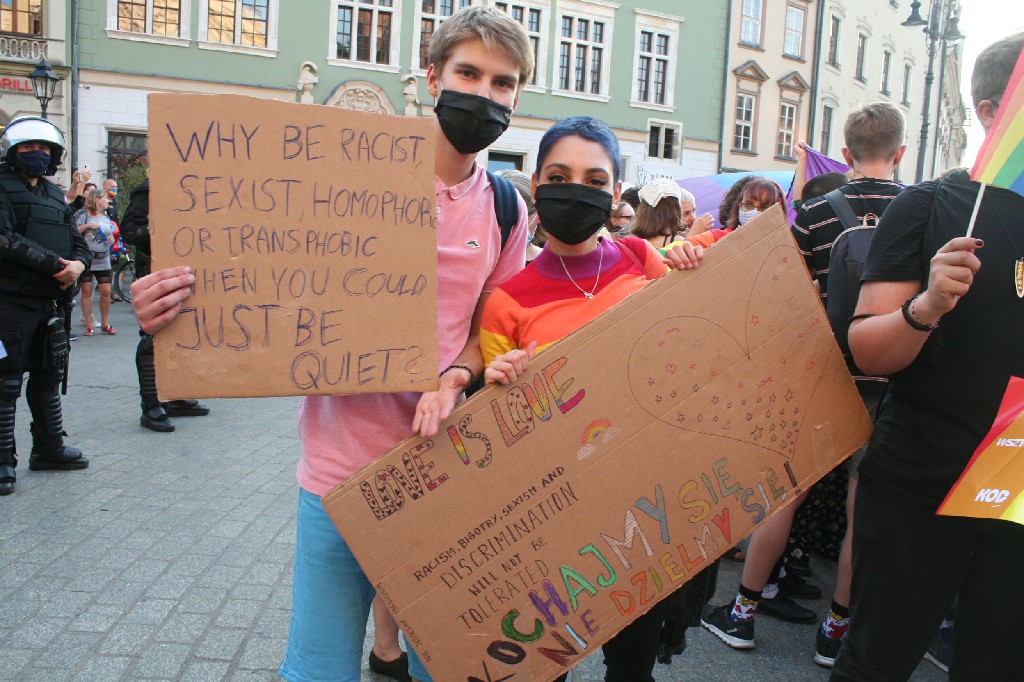 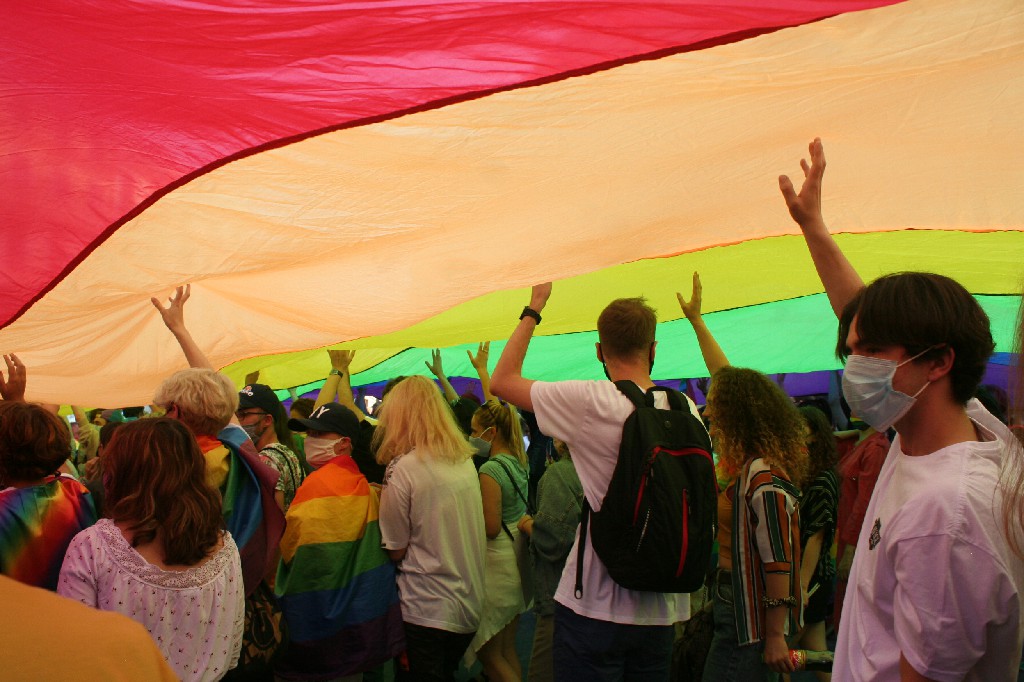 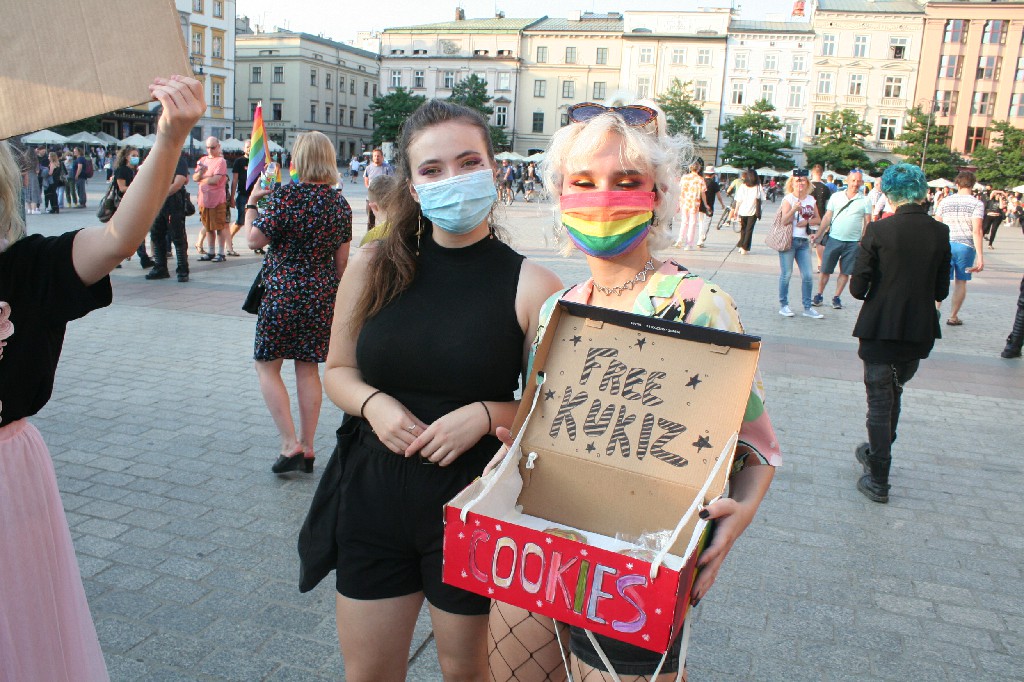 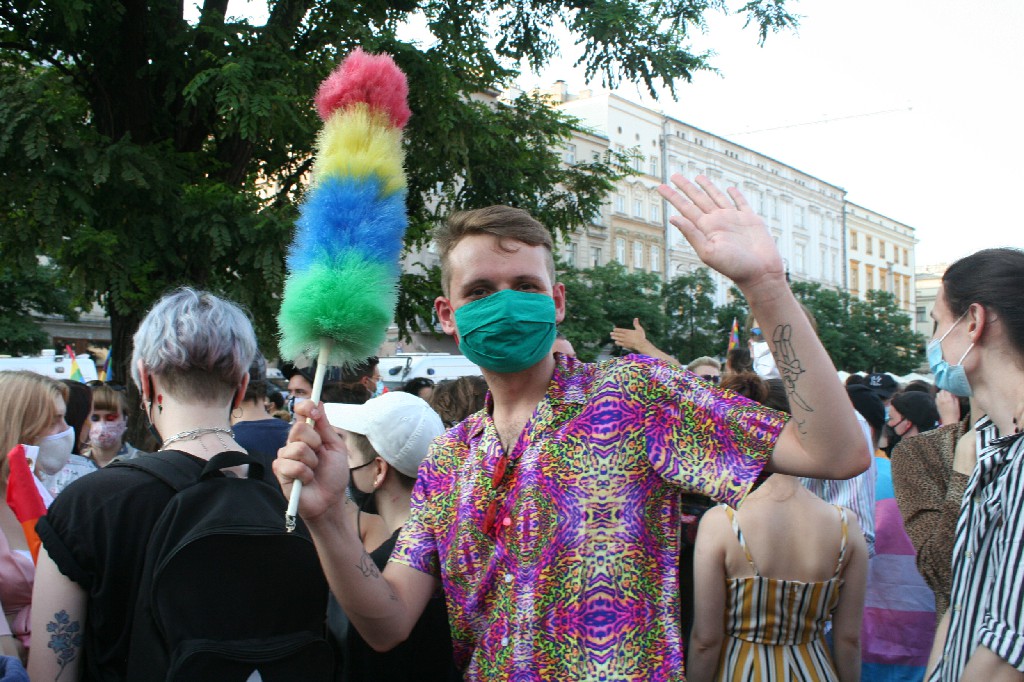 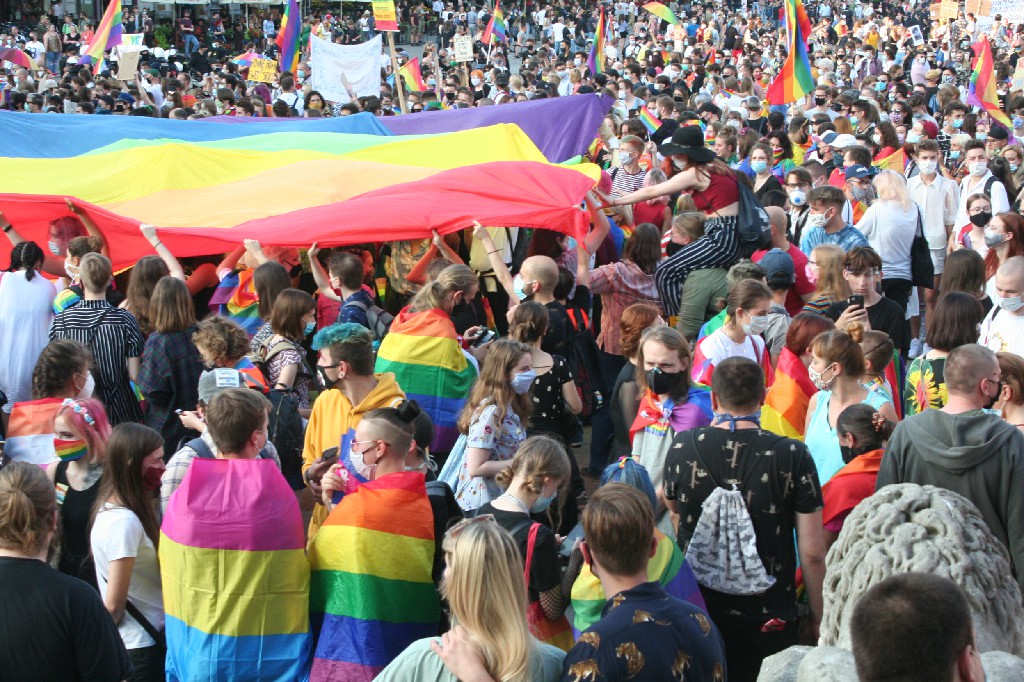 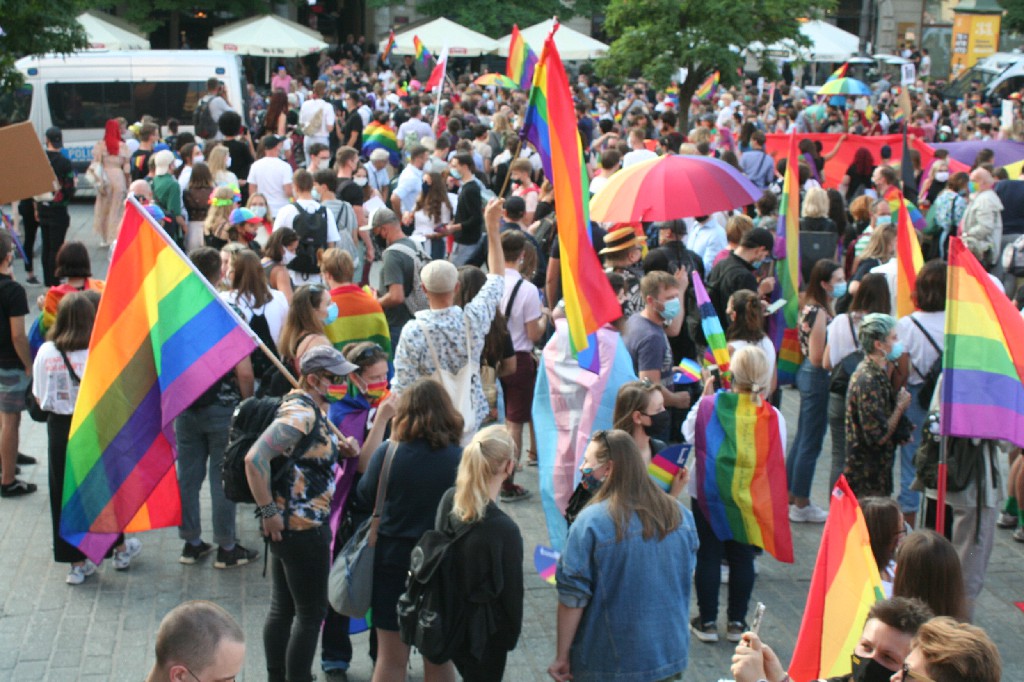 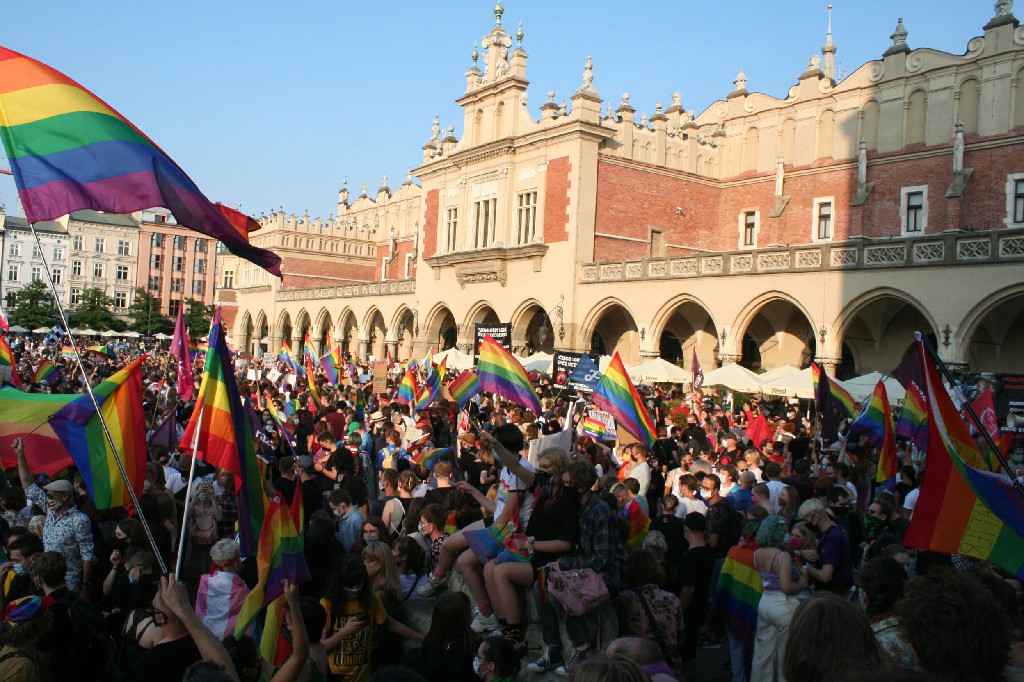 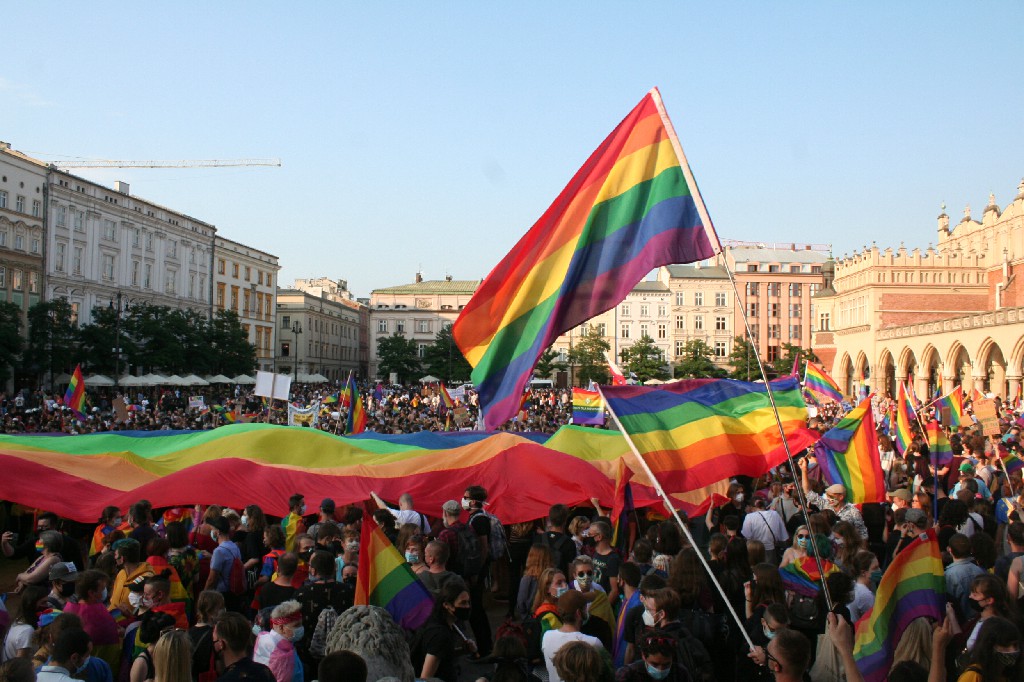 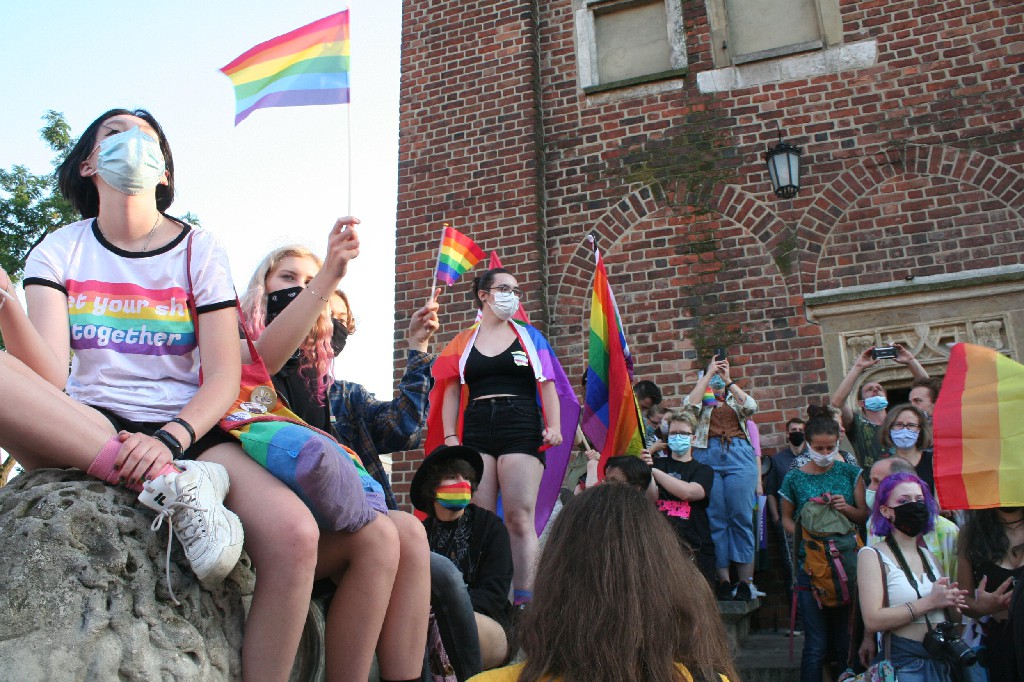