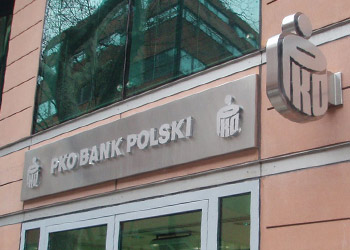 The Committee of European Banking Supervisors (CEBS), the body which gives advice to the European Commission on issues related to banking supervision, will issue a full report this evening on the results of its “stress test” of 91 major European banks. Amongst those banks is Poland’s largest, PKO Bank Polski (PKO BP), which received news on Friday that it has passed the committee’s test.

PKO BP was the only Polish bank that participated in the EU-wide stress testing exercise conducted by the CEBS, which cooperated with the Polish Financial Supervision Authority (KNF). The test introduced a number of adverse scenarios, such as the financial crisis that began in the U.S. in 2007, to see how various European banks would hold up. According to a press release from the KNF from Friday, the objective of the test was “to assess the overall resilience of the EU banking sector and the banks’ ability to absorb further possible shocks on credit and market risks, including sovereign risks”.

The test also concluded that the Polish financial system is “one of the most stable in Europe”. In Poland, net profit for the banking sector increased 21 percent year on year, and the solvency ratio (net income over net obligations) increased to 13.7 percent at the end of May 2010, from 13.3 percent at the end of 2009. The regulatory minimum is an eight percent solvency ratio.

The test covered 91 EU banks from 20 Member States, and the full results are due this evening at 6 pm CEST.