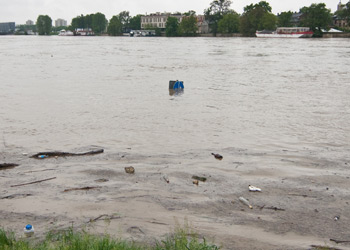 A combination of the severe flooding that hit Poland in May and an uncharacteristically hot summer has sent swarms of mosquitoes to snack on Poles this season. One village in southern Poland has employed a unique pesticide to combat the problem: bats.

Lelów, which lies about 60 km northeast of Katowice near Częstochowa, is a village with a population of about 2,100 people, and now, at least a few dozen bats. Village head Jerzy Szydlowski spoke to AFP and explained the innovative plan, which includes distributing about 50 wooden boxes that bats could use as a habitat to residents. Villagers pay five złoty per box, which they then hang in trees in order to attract the winged mammals to take up residence in the area.

“The small species of bats can sleep there and at the same time eat mosquitoes. One small bat is able to eat even 2,000 mosquitoes per day,” Szydlowski told AFP. Using bats is a far more ecological way of combatting mosquitoes, as the alternative would be to spray chemicals to fight the swarms.

Bat boxes have been used in other European cities and towns to combat mosquitoes, including a highly publicised campaign last summer in Rome.