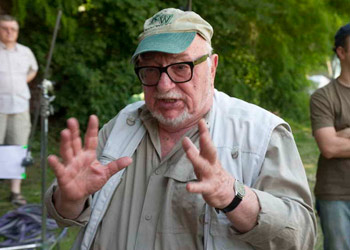 With a budget of $6.1 million, half of it financed by the Polish Film Institute, Polish director Jerzy Hoffman has begun shooting The Battle of Warsaw 1920, the first Polish picture ever to be entirely made in 3D. Filming kicked off in a rural open-air-museum in Lublin County (Southeast Poland), around 104 miles from Warsaw.

The Krakow-born director made a name for himself in his country as the maker of several historical epics, mostly set in the 17th century. Hoffman directed several pictures based on the novels of Nobel Prize-winning author Henryk Sienkiewicz, including With Fire and Sword (1999), the second-most expensive Polish film ever made (9 million USD).

Slawomir Idziak, the director of photography, has already served as cinematographer on notable productions including some of Kieslowski’s films and high budget features such as Black Hawk Down and Harry Potter and the Order of the Phoenix.

The movie deals with the epic battle sometimes referred to as “The Miracle at the Vistula”, when Polish forces under the guidance of Marshal Piłsudski pushed back the Red Army approaching the Polish capital. “The battle will be seen through the eyes of normal people living in a Ukrainian village attacked by the Soviet Army,” said the director. “Our main purpose is to reach out to the next generation of movie-goers who are still unaware of the historic importance of this battle,” he added.

According to Hoffman, the key figures of the event are supposed to play only a minor role in the story, with the exception of Marshal Piłsudski, played by seasoned veteran Daniel Olbrychski. The Battle of Warsaw 1920 has a cast of 80 actors, including Borys Szyc, Natasza Urbańska and local action hero Bogusław Linda, as well as some 3,500 extras.

The theatrical release of the film in Poland is scheduled for September 2011.