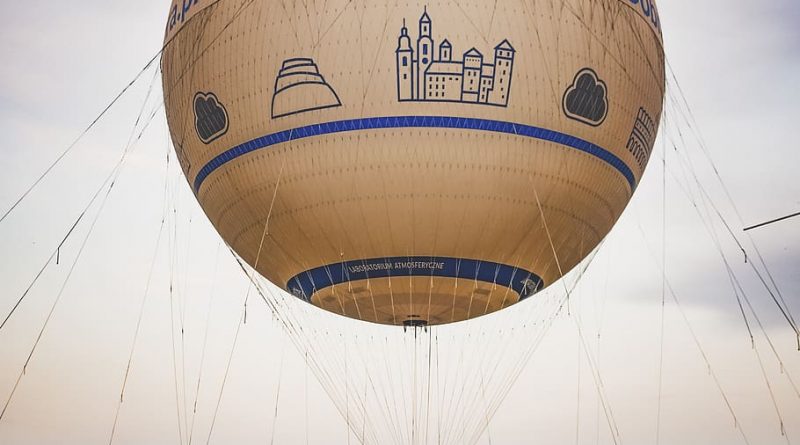 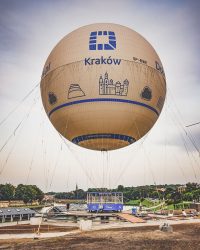 Controversy over Krakow’s observation balloon has emerged over its apparent uselessness as a smog indicator, Polish-language news portal Onet reports.

The balloon, stationed near the Vistula River by Most Grunwaldski, was relaunched last year after a four-year absence due to zoning difficulties. City counselors had passed a development plan which forbid installations which might obstruct what they consider to be a historic view.

However, in 2019 they granted an exception to balloon operator Marek Kufel reportedly due to renovations which would allow it to change color based on levels of air pollution and thus serve as a highly visible indicator for the public. A permit was issued to the operators through April 2022 in return for a montly payment of 2,570 PLN to the city.

Now it has emerged that, not only does the balloon seem to lack the capability to change colors, it is not even permitted to fly during periods of thick smog which prevents visibility of at least 1,500 meters. Furthermore, the journalists who reviewed the contract discovered that there was no actual mention of the color-changing technology, despite the fact that city counselors themselves were touting this as a main reason for allowing the balloon. Instead, the provisions make much vaguer references to “technical infrastructure” incorporated into the balloon system.

Onet says it has been trying since December 2019 to find out if there will be consequences for the balloon operator imposed by the city. For now, the balloon is still offering 12-15 minute rides during weekdays for 39/55 PLN or 49/69 PLN on weekends.