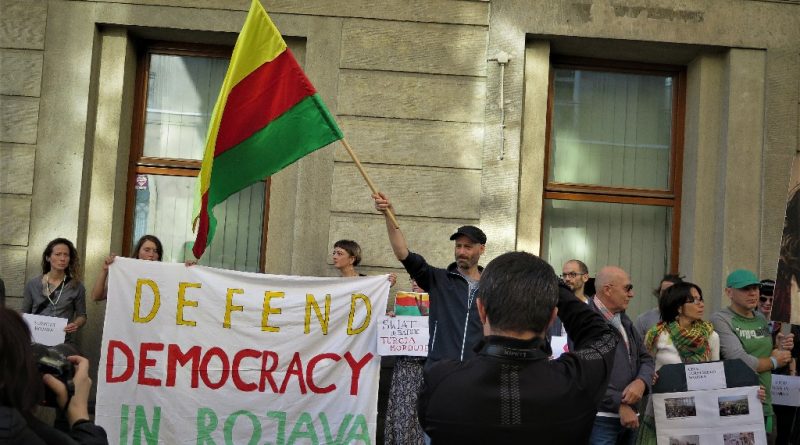 Some Cracovians are joining a chorus of international backlash to Turkish offensives against the Kurdish ethnic group in Syria, protesting last weekend with a further demonstration planned for this evening. This follows protests last year in Krakow against similar actions by Turkey.

What is going on, and why are local people protesting?

Who are the Kurds? 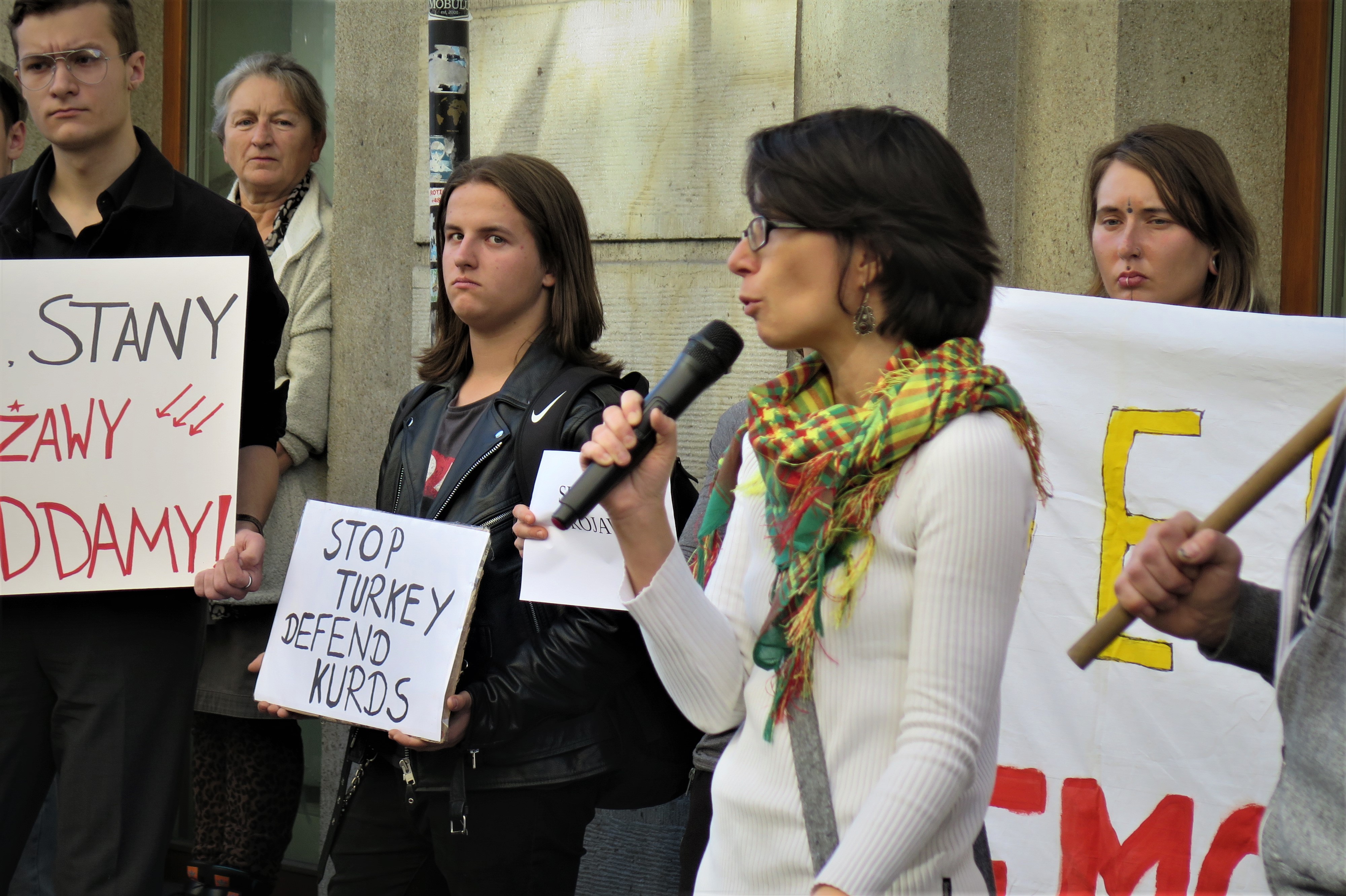 The Kurds are an ethnic group numbering 30-45 million who have chiefly resided for over a thousand years in the area where modern-day Syria, Iraq, Iran, and Turkey border each other. Currently they are stateless, though many desire an independent Kurdistan in this region.

Why is Turkey attacking the Kurds? 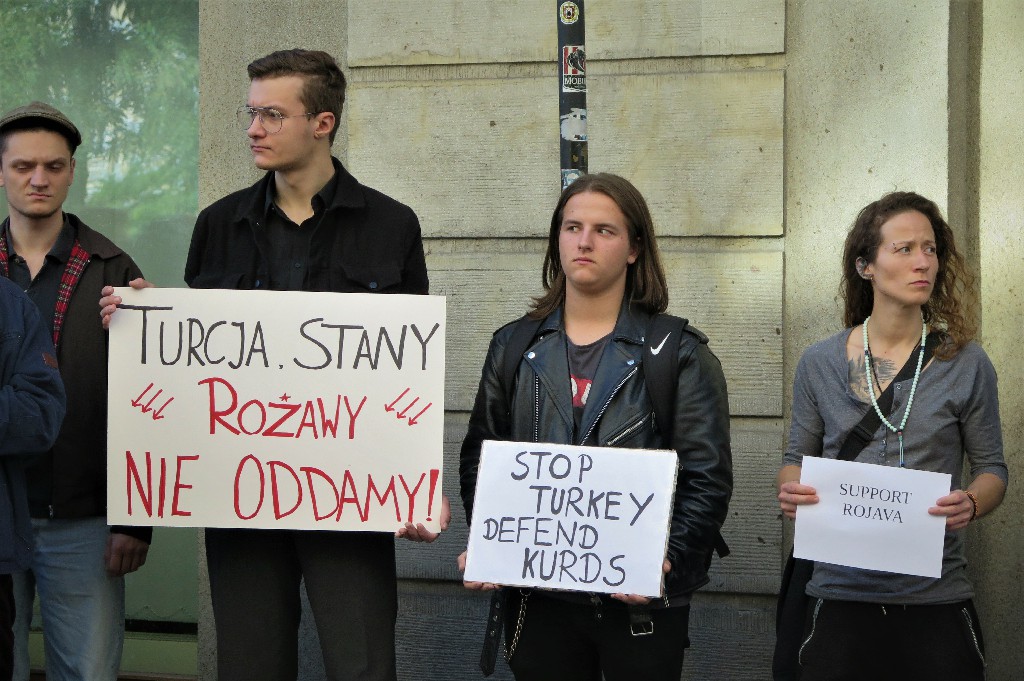 Turkey, ruled by president Recep Erdoğan, opposes an independent Kurdistan. Since the 1980s it has been engaged off and on in violent conflict with a militant revolutionary group called the Kurdistan Worker’s Party (PKK). During that time, an estimated 40,000 people have died, mostly Turkish Kurds, and both sides have been accused of war crimes and human rights violations.

However, the Syrian Democratic Forces (SDF), a group with ties to the PKK, has been militarily supported in recent years by the United States government due to their key role in opposing American foe ISIS. Turkey has largely been stayed from attacking Kurdish forces across their border in Syria by the US.

This ended with an abrupt, surprise policy shift by US president Donald Trump on 7 October 2019, when he announced the withdrawal of US troops supporting the SDF there. Two days later, Turkish groups began attacking Kurdish targets in Syria, leading to the evacuation of at least 300,000 people and at least 71 deaths (including civilians).

Why are people protesting? 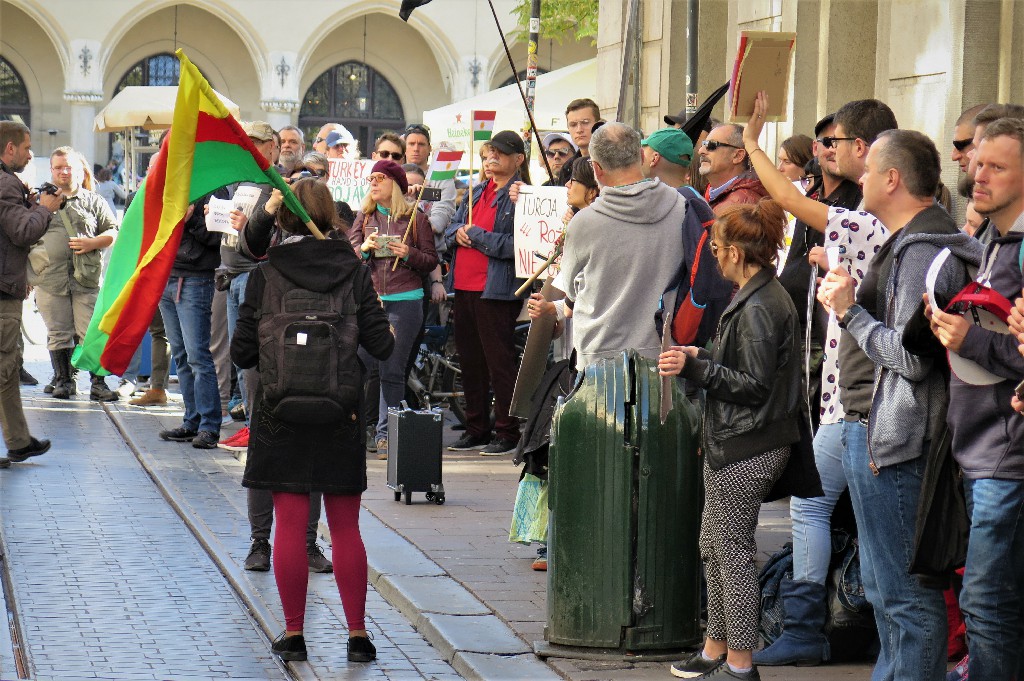 Trump and US vice president Mike Pence have spoken with Erdoğan in days since about not committing ethnic cleansing against the Kurds in northern Syria. Trump’s rhetoric has been inconsistent on this point, though: he compared the violence to children fighting on a playground and said at a campaign rally that Turkey had to have its border region “cleaned out.” Fighting has continued sporadically, and Turkey has been accused of committing war crimes against civilians by Amnesty International as well as by Organisation for the Prohibition of Chemical Weapons of using banned chemical weapons on Kurdish children.

Some protesters object that the US has betrayed a key ally, which could lead to a loss of international credibility as well as enable the resurgence of ISIS in this region the Kurds were instrumental in wresting from them. 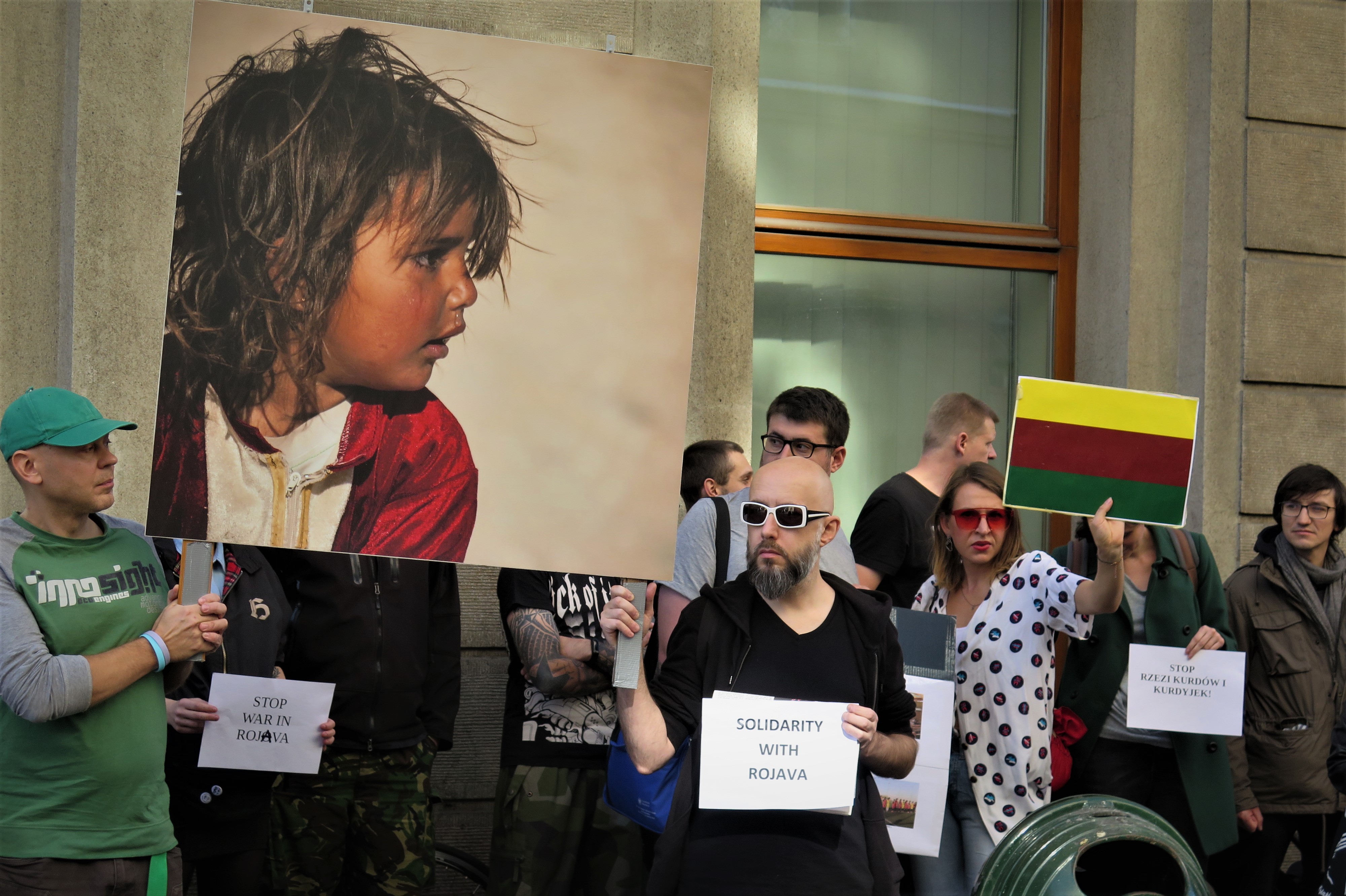 Kurds also have some support from Western leftists due to the fact that some Kurdish-controlled areas are exceptionally progressive in the Middle East (and, in fact, internationally). For example, the Kurdish government of the de facto autonomous region Rojava in Northern Syria is based on principles of secularism, direct democracy, libertarian socialism, feminism, and sustainable environmentalism. Some demonstrators who support these ideas fear that the decentralized co-operative communes in the region will suffer in the Turkish offensive and threaten the democratic socialist experiment there.

Along with last Saturday’s protest against Turkey’s actions on Krakow’s ul. Szewska (pictured here), the US Consulate in Krakow has sent an alert that further demonstrations are expected in front of its offices at ul. Stolarska 9 from 20:30 – 22:00.