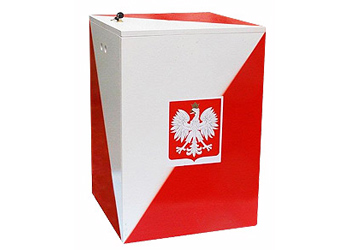 Poles did not exactly come out in droves for the first round of elections, with just under 55 percent of eligible voters participating. Nonetheless, the closer than expected results between the two main candidates, Jarosław Kaczyński and Bronisław Komorowski, mean that every vote in the second round could be decisive. But how will all of the Polish citizens that have already planned their holidays make it to the polls on 4 July?

To accommodate its vacationing citizens, the Polish Foreign Ministry has established 253 polling stations in popular holiday destinations such as Bulgaria, Turkey, Majorca, and other seaside resorts. An additional 41 polling stations will open in Great Britain, and 12 in Germany. for Polish workers living abroad.

Poles who will be travelling on election day in a country with a Polish consulate or designated polling station may register to vote until 2 July electronically here, or at the municipal office in Poland where they are registered according to their permanent address (meldunek).

In addition, Polish citizens spending the weekend partying at the annual Open’er music festival in Gdynia do not have to worry about having to choose between casting a vote and catching a concert; the festival organisers have planned for special busses to take young voters to nearby polling stations on election day.

In addition to government sources, several websites have sprung up recently to help citizens navigate the often confusing electoral laws. A website called Gdziekolwiek Będziesz Zagłosuj (Vote Wherever You Are), which also has its own Facebook group, gives advice (in Polish) on how and where to vote if you’re away during the second round of voting. Another helpful website is called Głosuj Bez Meldunku (Vote Without Residency), which offers links to relevant documents and government websites related to the election.

Finally, some citizens that won’t be able to vote, or whose candidates lost in the first round, have resorted to creative measures: selling their votes on Allegro.pl, the Polish version of online auction site eBay.

Voters who will be casting their ballots on 4 July but still have not made up their minds will be able to watch both candidates in the final televised debate on Wednesday at 8 pm. The hour-long debate will focus on the economy and domestic social issues, as well as foreign policy.

See also: Voting in Poland (or Abroad): A How-to Guide