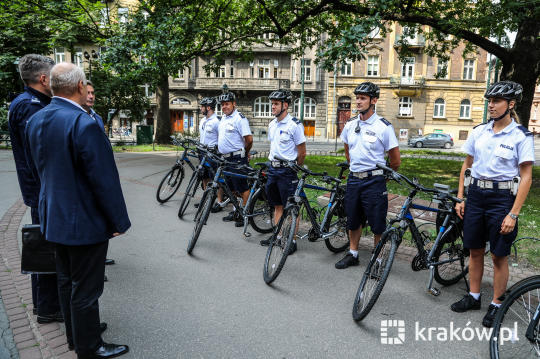 12 Krakow police officers have been given six bicycles by the city to help them patrol areas which are difficult to reach by car, such as the Main Square and its small side streets.

Although the cyclists will be on the lookout for various crimes, they are expected to focus on traffic violations as well as people mishandling the electric scooters which have become a fixture of Krakow’s streets in the past year.

Along with their practical advantages, city officials also point out that bicycles are more ecological than motor vehicles.

The bicycles and accompanying equipment, plus new uniforms and breathalyzers, cost the city 50,000 PLN, financed through the Safe Krakow program.