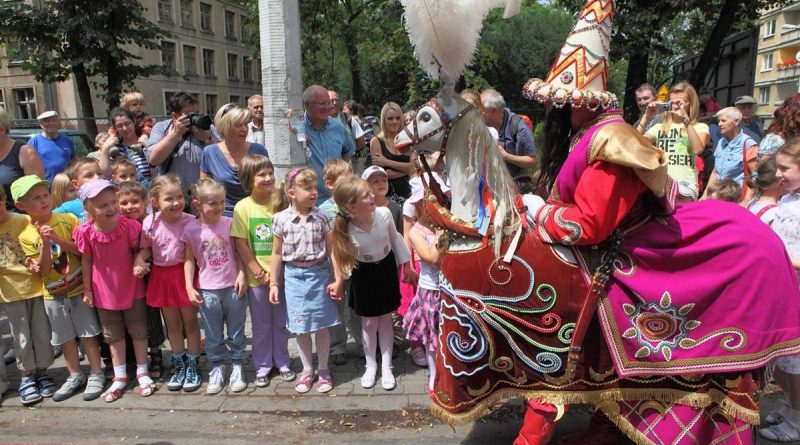 On the first Thurdsay after Corpus Christi, a mysterious rider on a hobby horse takes over the streets of Krakow, accompanied by a band, visiting children and asking for money from shops.

The figure is Lajkonik, one of Krakow’s most well-known legendary symbols. The origins are unclear, perhaps dating to the 13th century Mongol invasion of Poland.

This year’s lighthearted festival will last nine hours as Lajkonik marches through the streets with musicians and other revelers, ending on the Main Square. There, Mayor Jacek Majchrowski will pay him a symbolic “ransom” to banish him until next year.

Lajkonik will be played by Zbigniew Glonek, a retired employee of the city water supply who has led the celebration 32 times now.