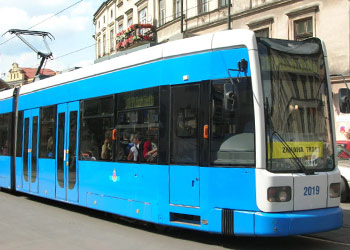 Did you know that you can pay less than 2 złoty for public transportation if your trip lasts 15 minutes or less? Now you do. The new fares have not been widely advertised, but as of 1 June, quarter-hour tickets became available in all Krakow kiosks and ticket machines. At 1.80 złoty for a normal ticket and .90 złoty for a student fare, Cracovians no longer have to walk that short distance “because it’s just not worth paying for such a short ride”.

Tickets are not yet available from drivers, so they need to be purchased at automatic ticket kiosks or regular kiosks, although most vendors are not carrying them yet because they have not heard about them either.

Why is the city not promoting quarter-hour tickets? The answer is obvious: profit. If short-run commuters do not know that they have the option to buy a cheaper fare they will pay the regular price.

Meanwhile, the Polish railway company interREGIO has launched a new line, REGIOekspress, on 1 June. For 44-46 złoty (normal fare), the railway promises travel in comfort and style. All trains have been modernised and equipped in all sorts of tech stuff including WiFi. At the moment routes are limited to Rzeszów – Krakow – Warsaw and Szczecin – Poznań – Warsaw. Tickets for all REGIO services can be purchased on their newly updated website (Polish only).