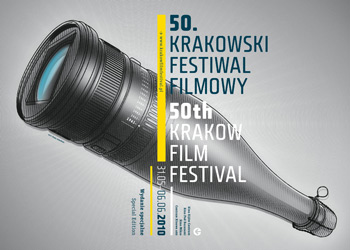 The Krakow International Film Festival is set to take the city by storm with a dizzying mélange of screenings and events to gratify every whim of the film-lover. 250 films will be screened in competition categories (documentary, short live-action, and animation), special themed screenings, archive screenings and a retrospective from the eminent “godfather of American avant-garde”, Jonas Mekas, who is to be awarded this year’s Dragon of Dragons award for lifetime contribution. Among the myriad other special guests are competition judges Krzysztof Zanussi and Marian Marzynski, two of the most celebrated filmmakers in Polish history. Also due are more than 600 filmmakers, producers and industry professionals from around the world.

Now in its 50th year, the festival is the oldest of its kind in Poland and it ranks amongst the cream of Europe’s film festivals. It helped launch the likes of Krzysztof Kieslowski, Werner Herzog, and Jan Sverak, championing truly independent and first-time efforts, the abstract and the avant-garde, experimental, dissident political, the weird, sub-cultural and beyond. “There’s a big interest in art films in Poland and in Krakow particularly”, says Programme Director Barbara Orlics-Szczypula. Perhaps it’s because of the number of students and because of Krakow’s cultural past. Of course, it helps that the film school in Łódz “is known throughout the world”, she enthuses.

“That the Krakow Film Festival has been officially recognized by the European Film Academy and the AMPAS confirms its reputation and high esteem. Consequently, the films awarded at Krakow are automatically eligible for the European Film Awards and the Oscars in the short films categories.”

During festivals we see films we may not otherwise get the opportunity to; we watch premieres, meet the filmmakers, we integrate with the film culture and socialise with fellow film buffs. Krakow makes all this a lot easier given its compact size and structure. Ms. Orlics-Szczypula duly notes that most of the cinemas in Krakow are located in the city centre, “a quick walk from each other, making it easy to move between screenings. It also makes it feel more like a festival; it creates an atmosphere as [revellers] are all in a defined area.”

According to Ms. Orlics-Szczypul, the main focus this year will be documentary films, but that’s not to say that other film categories aren’t as important. “They are and always have been, but with the rise in popularity of documentary films and the fact that they are often much cheaper to make increases the lure for the filmmaker and the financiers.”

Programs can be found online at www.kff.com.pl, at the stand on the Market Square and in many cafés and eateries around the city. Most screenings will be held at ARS on Jana Street, Pod Baranami on the Market Square and Kino Kijów at Aleje Krasinskiego 34, a 10 minute walk from the Market Square. For those who don’t speak or read Polish, all films will be screened in their original language accompanied with English subtitles; this includes Polish films. Other information regarding the industry zone, where and how to get tickets for special screenings (including outdoor screenings), and the closing gala are available on the website. Festival passes can be purchased from the website and range from 70 to 130 złoty and single screenings retail at the standard price of 12 złoty.

Our Pick of the Festival

Having scrutinised the dense programme, this journalist has cherry-picked a selection of must-sees to pencil in the diary.

From the “Krakow Documentary Premieres” cycle: PilgrIMAGE, a Canadian documentary about a practical voyage into film history, where a father and daughter (the filmmakers) travel to cinema landmarks around the world (Fellini’s hometown for example) in search of cinema’s inspiration and evolution.

The City of the Dead, a documentary about how millions of people in Cairo live in open tombs. Apparently it’s the largest “necropolis” in the world.

There is much more of course, so pick up a program today to see what tickles your fancy.