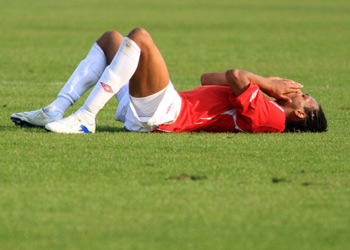 While the 2010 football season is now history, the repercussions of the lost opportunities for Wisła Krakow will continue to be felt for some time to come. By mid-season the Wisła brass was already fed up with the team’s lacklustre performance and gave the hatchet to coach Maciej Skorża — while the club was still in first place. After a cruel twist of fate robbed the club of its title hopes in the final seconds of the all-important match against Cracovia, Wisła’s bitter local rivals, the stage is set for another round of changes.

Second is really not that bad, is it?

From a wholly objective perspective, the picture at Wisła is not really so bleak. Why the long faces? After all, the club has won eight championships in the past 13 years, and finished this year with a respectable second. The club is about to complete extensive renovations to its stadium, and several players are key elements of the apparently improved Polish national side. The trouble is that Wisła’s successes have proven to be a double-edged sword: the management, players, and fans have tasted triumph, and now they can be satisfied by nothing but a steady diet of fresh glory. What is worse, a detailed look at the results of this season gave the supporters little to rejoice over. As the minions of the White Star Army looked on, their beloved club floundered in almost all the matches that matter most: the fixtures against perennial contender Legia Warszawa, new champions Lech Poznań, and, the toughest of all to stomach, against a clearly inferior Cracovia side.

This is round two for head coach Henryk Kasperczak, whose mid-season return came as such a surprise that rumours of conspiracy flooded the Internet when it was made public that long-odds wagers on him being renamed coach netted a few canny punters millions of złoty. As far-fetched as his re-appointment appeared, it was considered almost as unlikely that he would remain after the disappointing season’s end, but it now seems clear that he will remain for the next year. In Kasperczak’s first tenure at Wisła, he was also named head coach in the spring round, and then too failed to deliver the championship, but proceeded thereafter to lead the team to the type of successes that supporters now crave.

Stumbles in the transfer market

The era of Wisła’s supremacy in the transfer market seems to be on weak footing as well. As of a few years ago, it was enough for the coach to send a list of names of available players in the Polish league price range to owner Bogusław Cupiał and the deals would be signed and the fees paid. So it was for Kasperczak before he acrimoniously departed in 2005. It would seem now that a hesitancy in the relationship of trust that the coaches once enjoyed, perhaps combined with a sense among players that Wisła is no longer on the road to bigger and better things, has stripped the club of its decisiveness and bargaining power in signing needed talent. Lech Poznań has shown that they too have something to bring to the bargaining table, and beat out Wisła for two of the league’s top impact players over the past year — scoring champion Robert Lewandowski and Belarussian star Sergey Kivets. More recently the Krakow club lost a bidding war for 37-year-old goalkeeper Arkadiusz Onyszka to Polonia Warszawa.

As Lech and other clubs have grown bolder, the holes in the Wisła side grow more difficult to fill. Those holes will be plenty, too, as Wisła is already certain to lose Pablo Alvarez, Issa Ba, Georgi Christov, Konrad Gołoś, and the otherwise competent defender who ended their championship run with an own goal against Cracovia, Mariusz Jop.

Whatever the new line-up looks like, Wisła’s fans will have at least one thing to look forward to come autumn: the newly completed stadium on Reymonta Street. While the utilitarian exterior will not reflect the glamorous, ultra-modern silhouettes of the new venues being feverishly prepared for the Euro 2012 tournament in other Polish cities, it will still dwarf the modest new Cracovia stadium across the Błonia Common. Improved lighting and creature comforts like covered stands, indoor toilets and conference halls, facilities for disabled persons and VIP boxes will accompany a capacity almost triple (with over 33,000 seats) of that which the previous arrangement offered.

Wisła has much to prove in the coming year, most of all that they can once again thrill the fans who they will need to fill the seats of their spanking new home.