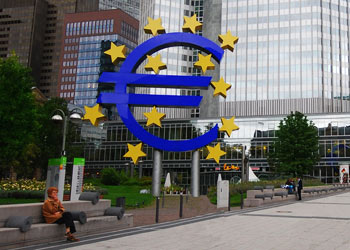 In 2008, when the Polish Ministry of Finance published the “Roadmap for the Introduction of the Euro in 2012”, it seemed that it was a top priority to become a member of the European Monetary Union (EMU) as fast as possible. Just two years later the euphoria amongst Polish politicians about joining the eurozone seems to have evaporated. In the summer of 2009, the accession plans were extended to 2015. As Prime Minister Donald Tusk made clear during a press conference at the beginning of May, the schedule for Poland’s entry to the euro area is no longer a priority for his government at the moment.

The national economic crisis in Greece and the initial perplexity of the EU government and Member States on how to curtail the risks of contagion exposed the fragility of the common monetary system, as well as the lack of efficient control mechanisms. For Poland’s finance minister, Jacek Rostowski, the European currency crunch is the decisive reason for slowing down the convergence process. “The eurozone is like a house that needs reinforcement, fixing and repainting,” he said in an interview with Radio Zet.

In fact, the way the monetary union was set up has been flawed and fragile right from its beginning in January 1999. The biggest problem of the EMU, as economists pointed out, was that national currencies had been united, while fiscal policies largely remained uncoordinated. Despite the Stability and Growth Pact and its strict convergence criteria for member countries, there are still no mechanisms of enforcement. Neither is the European Central Bank (ECB) officially authorised to directly bail out an indebted member, nor is there a possibility for countries with excessive debt to drop out of the EMU. Even though the European currency has been a success story within its first decade of existence and seemed to have proven its critics wrong, the current crisis in Greece demonstrates that the monetary union lacks fiscal coordination.

As the Greek tragedy reaches its bitter climax, the Polish government has its hands full in keeping the złoty and the national economy as stable as possible. At the beginning of May the Polish currency lost two percent against the U.S. dollar, as it is linked to the troubled euro, against which the złoty lost one percent. This led to the weak level of the Polish złoty for the last three months. The depreciation of the Polish currency resulted from concerns that investors might sell their emerging market assets. When the EU implemented the 110 billion euro aid package to tackle Greece’s shaken economy, the złoty recovered from its recent downswing.

Despite being the only country that managed to avoid a fall into recession as a consequence of the economic crisis, Poland’s currency is considered to be too volatile and the national economy to be too risky for attractive investment. That is why the Polish government urged the country’s reluctant National Bank to extend the expiring flexible credit line of $20.5 billion, as granted last year by the IMF to deal with the financial crisis. Though Poland never had to draw on the credit line, it is nevertheless considered to be an insurance policy against the debt crisis of the euro and its destabilising effects on the Polish economy.

The reason, however, for allowing Poland’s entry date to stretch on ad infinitum is twofold. Apart from the pan-European currency trouble, it is the shape of Poland’s economy that renders impossible any ascertainment of joining the eurozone. Already in 2009, when Poland was still convinced about its roadmap for 2012, the European Commission imposed an excessive deficit procedure that prohibited the country from joining the European Exchange Rate Mechanism II (ERM II) as long as the convergence criteria were not met. Even though Poland complied with the interest rate criteria, as well as the ratio of gross government debt to GDP, both the inflation rate and the annual government deficit exceeded the prescribed threshold values. Thus, the entry requirements to the ERM II are considered to be a harsh obligation for Poland, as was stated by the Ministry of Finance at the beginning of this year.

In the light of the current situation, the questions about Poland’s entry into the eurozone centre on when and how. At the moment, Poland does not comply with any of the demanded convergence criteria of the Maastricht Treaty. Hence as long as the government spends more money than it earns, as prices stay volatile and the currency remains unstable against the euro, the Central European country needs to find a means to create an effective action plan that fixes and repaints its own national home first, before being able to become a full-fledged resident of the European monetary neighbourhood.

See also: Poland in the (Euro)Zone