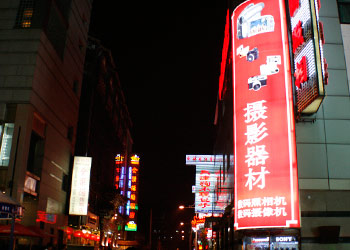 Starting this September, students of secondary schools in Krakow will be saying “ni hao” to China. The Confucius Institute Centre of Chinese Language and Culture at the Jagiellonian University has initiated the project, which aims at introducing Chinese to several of Krakow’s high schools. The institute is one of 120 such non-profit public institutions in the world that aim at promoting the Chinese language and “breaking the stereotypes concerning the alleged impossibility to learn Chinese”. They have been springing up like mushrooms since 2004 in various parts of the world and there are now four in Poland.

Adina Zemanek, who works at the Krakow Confucius Institute, told the Post that the project was launched on one hand due to the willingness of high schools to introduce their courses and to present various aspects of Chinese culture to the students, and on the other hand, out of a craving for expansion of their educational program and the creation of Chinese lessons for children. “This plan did not work out in this academic year; it is difficult to gather children from different schools at the same time and place.”

Since the Chinese market is very attractive for Polish entrepreneurs, more and more young people are hoping that it will bring them perspectives for good employment. Paweł Januszewski, who has been learning Chinese for six years, is an enthusiast of this idea and says: “A stay in Japan encouraged me to learn [the language]. Chinese signs fascinated me there, when I returned to Poland I wondered whether to start learning Chinese or Japanese. I chose Chinese since it is a tonal language as opposed to Japanese.”

Chinese is spoken by over 1.3 billion people, who mainly live in the People’s Republic of China, the Republic of China (Taiwan), Malaysia, Thailand, Indonesia and Singapore, which makes it the most widespread language in the world. The language is gaining an increasing popularity, especially in the West, and the number of people who are currently studying it amounts to about 30 million.

Today, the institute is working out a plan of cooperation with Krakow schools. “At present we are conducting a pilot study,” says Zemanek. Students of the Faculty of Middle and Far Eastern Studies have come into contact with several Krakow high and secondary schools (High School no. 3, Secondary School no. 2, General Education School Complex no. 11, and the Vocational School Complex of the Polish Oil and Gas Company) and had single lectures concerning Chinese language and culture. Together with Primary School no. 114, the Confucius Institute is also organizing a common exhibition within this year’s Garden Feast. It is possible that in September they will organize “Chinese Week”, a feast for China lovers where they will conduct the first Chinese classes.

Chinese consists of four basic dialects, or regional variations. For centuries, a unified standard of written Chinese has existed thanks to political reforms and cultural endeavours. Although the dialects of northern and southern Chinese groups are related to one another, they differ when it comes to the number of tones, ranging from 4 to 7 or 8.

It is a common view that Chinese is a difficult language to learn, as Mr. Januszewski reflected: “To sum up, it is a difficult language, although it has easy aspects, such as the fact that no part of speech is inflected. It is a beautiful, fascinating and exotic language, and learning it has been a pleasure for me, which is what has enabled me to overcome its difficulties. I must admit that one has to have constant contact with the written language, since after some time one forgets the rarer signs,” he added.
Today, one may observe a fashion for China and all things Chinese, which is ceasing to be a mythical land. Chinese goods, capital, television and radio programs are becoming more visible. Chinese films are enchanting thanks to their momentum and subtlety, while modern Chinese art attracts art-lovers from all over the world. “Apart from the language, I find the cuisine, architecture and painting fascinating, generally speaking this exotic background,” says Januszewski.

China is undergoing a process of violent transformation both in social and economical terms. Taking into consideration the number of people for whom it is a mother tongue and its increasing popularity, the question arises as to whether it stands a chance to become the new lingua franca of the world. Although it has not dethroned English yet, it is becoming the second most widely spoken language. It is worth noting that more and more Polish companies and cities have begun to translate their websites into Chinese.

The secret of the welfare of China and the economical increase in times of a global crisis lies in its political stability and long term economic increase. Beijing suggests an alternative model different from the Western one and constitutes a serious rival for American hegemony. “The future of China?” – wonders Januszewski – “It seems that they will dominate the whole world economically.” Although we cannot say for certain if it will become the prevailing language in the future, one thing is sure: the knowledge of Chinese will be helpful, and young Poles are looking to the future.