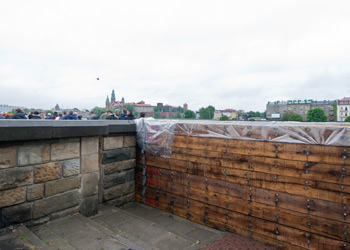 It will take approximately 13 billion złoty and 10-15 years to ensure that the Wisła River is unable to cause the damage seen during the May 2010 flooding. At least, that is the current plan, which involves the construction of a network of storage reservoirs and polders and the strengthening of embankments in the cities.

The Ministry of the Interior began constructing a flood-prevention plan in 2007, but the severity of the recent floods have stressed the importance of faster implementation. The main elements of the plan involve two large reservoir tanks that will be located along the Wisła, as well as a number of smaller tanks. In addition to the network of tanks designed to take in excess water, the program provides for the strengthening of river embankments in several cities, including Krakow.