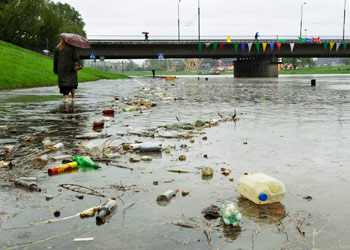 Krakow Mayor Jacek Majchrowski declared a state of emergency on Sunday night after the Wisła River rose above emergency levels. The flooding has claimed three lives in southern Poland already, including that of a firefighter on a rescue mission.

This morning, the Wisła was reported to have risen to 74 cm above emergency levels in Krakow. Several roads near the river have been closed, and the Krakow-Zakopane train route has been affected by the flooding. In the Małopolska province alone, over 340 people have been evicted from areas in danger of flooding.

The heavy rain has been forecast to continue until Friday, 21 May.