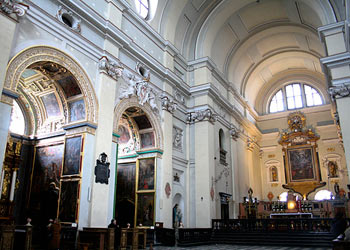 A new report by the Institute of Statistics of the Catholic Church, released yesterday, shows that out of those Poles who declare themselves Catholics, only 41.5 percent attended a Sunday service on 11 October 2009, the day the most recent annual census was taken.

This figure is down significantly from the 1980s, when regular attendance was about 50 percent. However, those figures do not take into account whether those attending mass were there for political rather than religious reasons, as under communism the Catholic Church was largely independent of the ruling party and therefore a nexus of anti-communist activity.

According to the latest census, mass attendance in the Krakow area is much higher than the average, standing at about 70 percent. The lowest is in Łódż, at 30 percent.