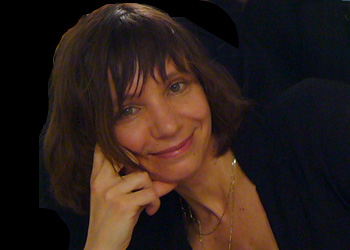 Marta Tarabuła is the founder and owner of Galeria Zderzak, which began as an underground venture during the communist era, (See “An Artful Revolution”, pg. 4). She studied Art and Film History at the Jagiellonian University, before setting off on her own path. In the art business, she is known for having “a very good nose” for sniffing out fresh talent. Guests are welcome to nose around Galeria Zderzak at ul. Floriańska 3.

KP: If you were crowned Queen of Krakow, what would be your first move?

MT: I would immediately splash out on a great party for everyone, without exception. It’s possible that this might make a slight dent in the royal treasury – but what a wonderful memory it would provide!

MT: The fruit and vegetable market in Kleparz, on Tuesdays and Fridays, from morning till dusk. The rest can be found without problem, either in person or on the Internet.

MT: The pigeons on the Rynek. They are not knights turned into birds – you can take my word for it.

MT: Instead of raising new statues, I would rather demolish a few. Especially those that have recently reared their ugly heads.

MT: Oops… I don’t frequent cult venues. I’ll have to work on this.

MT: The so-called “management of culture”. In other words, the spending of money from my taxes on things that are unnecessary, silly and ugly: the latest of these was a handful of fake pianos, which – smeared with paint by god knows how many artists under the pretenses of being an “intervention” – tarnished the city with its haphazard arrangement. And all because of the Chopin Year. That’s how officials imagine “art in public spaces” should be….

MT: My weekends are shortened – the gallery is open on Saturdays until 5 pm, so that everyone who doesn’t have time in the week can drop in and see the current exhibition. So I invite all comers! Sunday, and generally any moment of my spare time, I spend in our house in the country at Ryczów.

MT: It’s best to opt for a walk along the Vistula.