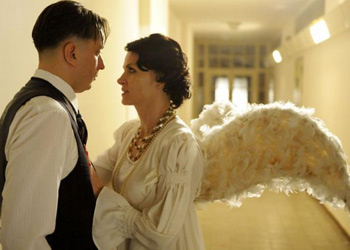 Czech director Marek Najbrt has won the coveted Krakow Film Award at the 3rd Off Plus Camera Festival. The winning movie, Protector, is an unconventional thriller set in Nazi-occupied Prague. It tells the tale of a husband who is compelled to cut cards with the Nazi devil in a bid to protect his Jewish wife.

“It seems to me that this is a novel approach to the war, Jewish destiny, and the Holocaust,” said president of the jury Zbigniew Preisner at the closing ceremony, noting that the panel was unanimous in its decision.

“This film is superbly realised and superbly played. The montage, music and cinematography were done on the highest level and everything fuses together brilliantly.”

Coming up to collect his 100,000 dollar award, Marek Najbrt quipped that he would try and make his next film in Poland.

In spite of the problems caused by the Smolensk air tragedy and the ensuing volcanic eruption, there was consensus that the festival had triumphed over the odds. Cracovians are already talking enthusiastically about the next edition.