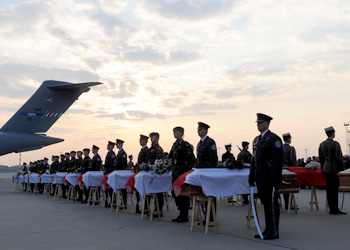 Over the weekend, the final victims of the tragedy at Smolensk returned to Poland. The last 21 coffins travelled from Moscow to a military airport in the county, where they were greeted by Prime Minister Donald Tusk. Their names and positions were read aloud in a ceremony led by the prime minister.

The final victims include the pilot of the fateful flight, as well as the head of the Polish navy. They will be buried in Warsaw.