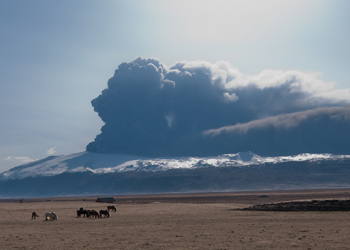 Following a week of air blockades stemming from the Iceland volcano, airports will now have to deal with lengthy backlogs while air carriers face anger and recriminations from millions of passengers over compensation claims.

But some companies, like Ryanair – and they are not alone, refused to countenance compensating travellers for anything over and above the cost of the cancelled flight.

Six days after the eruption of the Eyjafjallajokull, the chain reaction triggered the first airspace closures, the International Air Transport Association (IATA) said airlines had lost 1.7 billion euro, in what has been described as the biggest transport disaster since World War II…