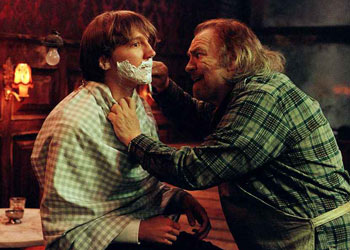 The Off Plus Camera festival had already been delayed by the period of national mourning. Likewise, Iceland’s volcanic eruption continues to wreak havoc, with many guests currently stranded. Still, regardless of flight cancellations, the lion’s share of the screenings will go ahead. A prize of 100,000 dollars awaits the winning director.

Now in its third year, Off Plus Camera champions independent cinema from across the world. There are 12 films in the main competition, including works from such varied countries as Costa Rica, Austria, the USA, Spain, Romania, Belgium, Denmark and South Africa. Poland also has one entrant in the form of Rewers (Reverse), the celebrated black comedy by Borys Lankosz.

Also worth investigating this year is the “Discoveries” section, which will be showcasing exceptional new films by up-and-coming directors. Other features of the festival include spotlights on American, Nordic, Indian and Latin American productions. There will be a retrospective of the films of Jane Campion, whose latest cut, Bright Star, will be premiered in Krakow. Campion has indeed confirmed that she will be able to attend, in spite of the airport chaos.

For more info about the festival, drop into the main office at the Pod Baranami Palace.

Get the complete, revised Off Plus Camera Festival schedule.